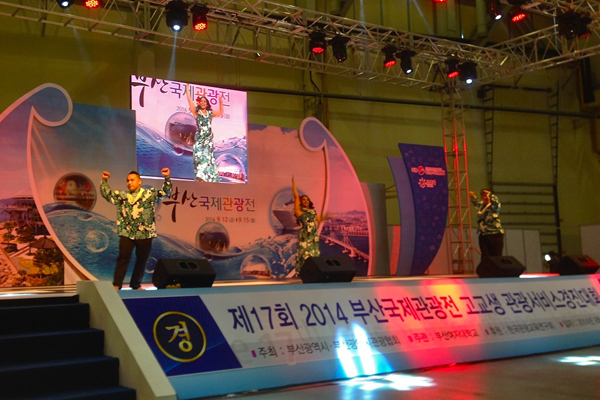 Guam – The Guam Visitors Bureau (GVB) is pleased to announce that Guam won the Best Folklore Performance Award and the Best Tourism Publicity Award after impressing the international community at the Busan International Travel Fair (BITF).

“The Busan International Travel Fair was a great way to share Guam’s story and show our Korean travelers that our home is truly the destination of choice. We are honored to win two awards that showcased our Chamorro culture and the good news about our island,” said GVB General Manager Karl Pangelinan. “GVB thanks our tourism partners for investing in Guam and representing the best of what our island paradise has to offer. Korea has already been a breakout star as Guam’s second top visitor market and we want to continue that momentum in the years to come.”

Additionally, the Guam delegation visited various trade and travel industry executives and airlines to express appreciation for their support and expand upon the island’s tourism network.

“Guam has seen explosive growth in Korea’s arrivals during Fiscal Year 2014. We’ve seen an over 25% increase when compared to FY13 and we anticipate reaching close to 300,000 total Korean visitors when FY14 ends,” said GVB Marketing Manager Pilar Laguaña. “We thank Korea for contributing to our island’s number one industry.”