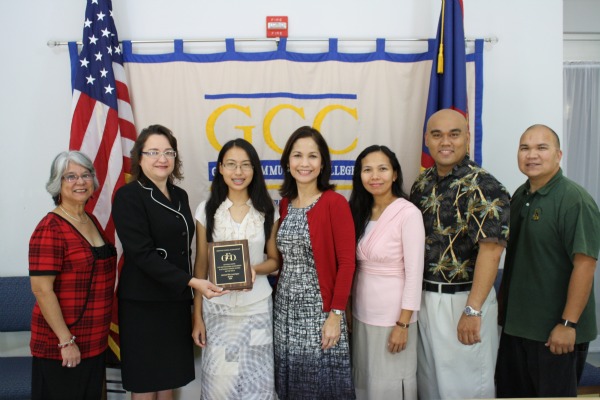 Guam -Guam Community College is proud to announce that Jamica Losongco of Agana Heights has been recognized as having one of the top GED scores in the nation. The 19-year-old Losongco was one of the top 75 scorers out of over 700,000 people nationwide who took the GED in 2009, and was GCC’s 2009 GED valedictorian.

Each year, the American Council on Education General Educational Development (GED) Testing Service presents National Awards for Outstanding Achievement to persons who have taken the GED test for that calendar year (in this case, 2009), achieved a score of over 3000, and are first-time GED test-takers.

Losongco, who has been homeschooled since the second grade, is the daughter of Jessica and Luis Mafnas. Her family has lived in the Philippines and Australia, and “being homeschooled in a foreign country was an advantage due to our frequent traveling,” she wrote in a biography submitted to the GED. A musician at heart, she hopes to also pursue a career in nursing at GCC and the University of Guam.

GCC is one of over 3,400 official GED test sites worldwide. For more information about the GED test, please call the GCC Adult Education Office at 735-5584.