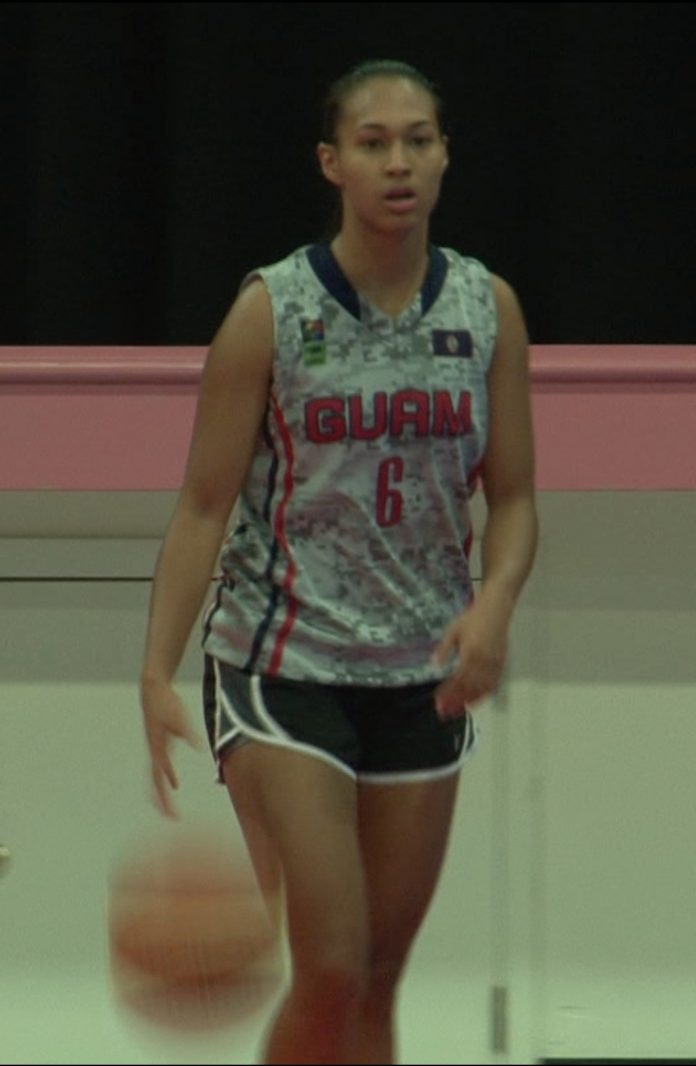 The Guam Women’s Basketball team defeated New Caledonia for 5th place in the 15th Pacific Games 68-57.  Kat Castro led the well balanced Guam scoring attack with 14 points, while Destiny Castro and Alina Bonto contributed with 12 and 11 points respectively.  As is the case with all their games, the ladies fell behind early to the much taller and physical New Caledonians.

Going into the 3rd quarter trailing 25-24, Guam was able to fight their way back, taking a slim one pint lead, 42-41 heading into the 4thand final quarter.  The Guam ladies then asserted themselves making defensive adjustments and turning New Cal turnovers into easy baskets, going on a 12-0 run to start the quarter, lead by Destiny Castro and Bonto.  The ladies of Guam cruised the rest of way, leading by as many as 18 points, before New Cal made a late rally to close the game at its final tally.  This is the highest our Guam ladies have finished since the 1999 games, in which they finished in 3rd place.

Guam finished the 15th Pacific Games with a 3-2 record.  After their opening win against Nauru 116-25, the women fell in double overtime to host PNG 89-98 then Tahiti in a game that took place less than 12 hours after.  Tahiti took advantage of the fatigued Guam women which dropped our ladies out of medal contention.   In the ensuing game, Guam ran through Solomon Islands 100-72 to set the 5th vs. 6th game match.