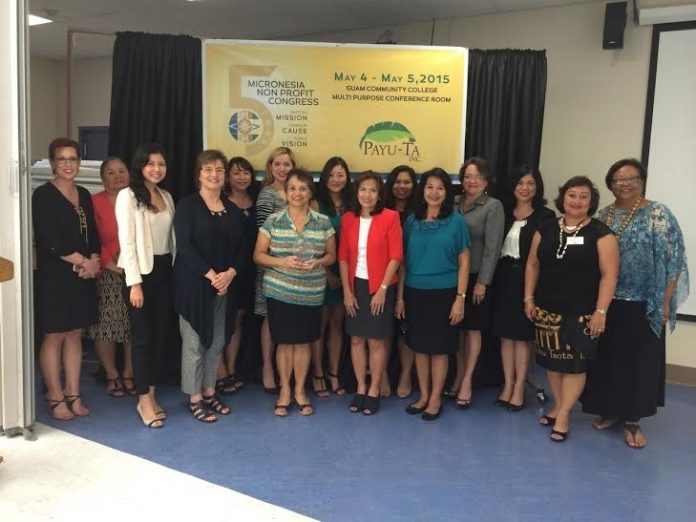 May 6, 2015 – Hagatna, Guam. The Guam Women’s Chamber of Commerce (GWCC) was honored at yesterday’s Payuta Non Profit Conference for its leadership and contributions to the island of Guam.

Payuta is an umbrella group of 27 non government organizations founded since 2008.

The award was given at the Payuta Fifth Non Profit Congress held at the Guam Community College May 4-5, 2015.

Organization and membership information can be found on the Chamber’s website, www.guamwcc.com, and on its Facebook page Guam Women’s Chamber of Commerce.