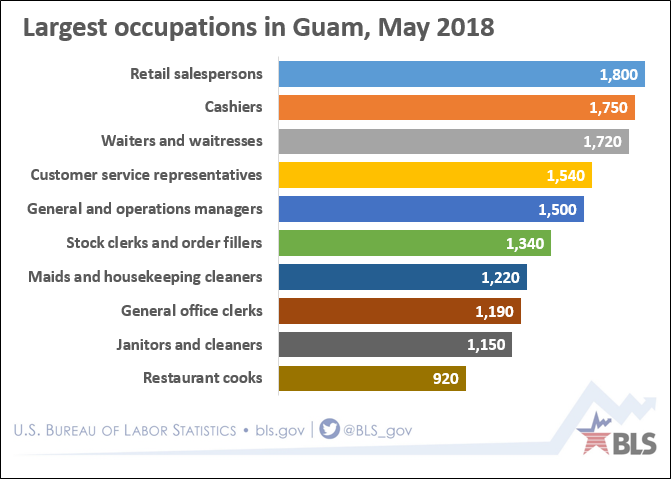 Guam – You don’t need a statistician to tell you that Guam workers don’t make as much as their mainland counterparts.

New data provided by the U.S Department of Labor-Bureau of Labor and Statistics show that workers in Guam had an average (mean) hourly wage of $17.57 in May 2018, about 30 percent below the nationwide average of $24.98.

The compensation doesn’t compete even in thriving industries such as construction. According to BLS, Guam’s average hourly pay for the construction industry is $15.21. This is below the national wage rate of $24.62.

Some of the highlights of the BLS data:

These statistics are from the Occupational Employment Statistics survey, under the Guam Department of Labor. View the survey at bls.gov.