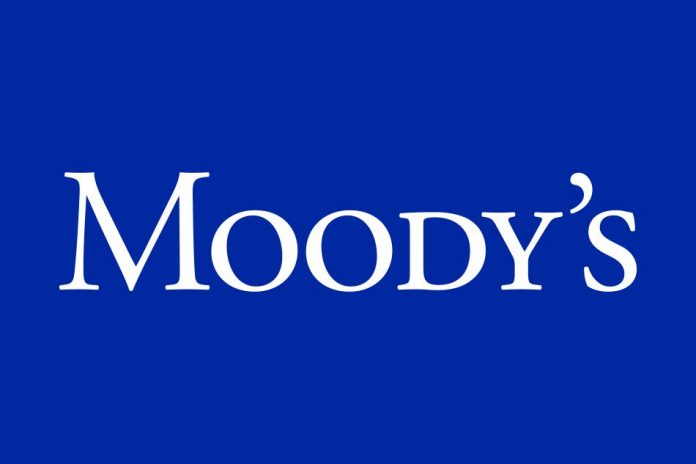 Guam – While credit rating agency Moody’s Investors Service has yet to upgrade Guam’s Issuer Rating above high junk status, Moody’s did improve its outlook of the island’s finances from negative to stable over the weekend.

And in a slow and steady nod to its municipal market moorings, at least one California institutional investor with a little skin in the game here on Guam saw no change in its opening stock price by close of bell on Friday in New York.

Firm footing may be just the kind of stance municipal investors want to take in the opening weeks of 2019. This year, tax-shorn state and local governments are expected to float more paper in the dry wake of the federal Tax Cuts and Jobs Act of 2017. And buyers reportedly could run the gamut from wealthy retirees seeking tax shelters to Millennials thirsting for trackable, transparent impact investments.

According to a news release from the Leon Guerrero-Tenorio Administration, Moody’s noted several factors of fiscal discipline that could lead to an issuer’s upgrade for GovGuam. Conceivably, another spell of belt tightening might raise the profile of several of the island’s bonds at least to low-level investment grade status.

As the Guam Economic Development Authority reported on December 27, 2018, “A new criteria has caused a downgrade in Guam bonds along with other state and local governments across the nation.

“On October 22, 2018, Standard & Poor’s Global Ratings (S&P) announced that they were going to change the criteria for rating priority-lien tax revenue debt issued by the U.S. municipal governments where the pledged revenue stream was typically treated as limited obligations.

“The new methodology for evaluating these credits, previously treated as stand-alone credits, would now be linked to the ‘Obligor’s Creditworthiness’. They further announced that this new criteria would affect over 800 different bond credits in the market.

Nearly ten months prior to the ratings dip, S&P placed all of GovGuam’s General Obligation and Lease Bond ratings on a credit watch with negative implications.

At the time, Jay Rojas, then-administrator of the Guam Economic Development Authority, was expressing concerns that the credit watch could affect the terms of debt financing for upgrades to the island’s commercial port.

But, as PNC reported in June, S&P gave the Port Authority of Guam’s proposed revenue bonds of $72.6 million a strong investment grade “A” rating, and Moody’s assigned those bonds a medium grade investment rating of Baa2.

While California gets the lion’s share, at 91.75 percent of Alliance’s overall state investments, New York gets 1.68 percent and Guam receives 1.45 percent.  Several succeeding Lower 48 states on the list rank at just over half a percent of all Alliance state assets. As much as 1.88 percent of Alliance’s holdings are in credit quality territory akin to Guam’s BB rating zone.

The New York Stock Exchange showed the Alliance (AKP) stock price holding steady Friday, fluctuating only a penny up and down, but closing just where it started at $13.78 per share that day.

Here is a press release from the Office of the Governor on Guam’s improving bond outlook:

Hagåtña, Guam – The Government of Guam Bond rating outlook has been changed to “Stable” by Moody’s Investor Service (“Moody’) over the weekend.

On March 13, 2018, Moody’s announced that it had changed their outlook on the Government of Guam’s Issuer Rating from stable to negative because of “the significant budget gap and liquidity pressures” resulting from the enactment of the Tax Cuts and Jobs Act of 2017 (TCJA), signed into law by President Trump on Dec. 22, 2017.

The positive action reflects the steps taken by the Government to stabilize its finances by cutting operational costs and increasing tax collections during Fiscal Year 2018.  Moody’s further recognized the stabilization of the Government’s budget for FY 2019 by addressing the anticipated lost revenue “with a permanent extension of the increase in the business privilege tax and a continuation of most of the previously enacted spending cuts.”

“This is welcome news as we continue to work to stabilize Government of Guam finances early in the Leon Guerrero-Tenorio administration. However, Governor Leon Guerrero and I also recognize the factors that led to the upgrade, which included the reduction of operational costs and collecting on taxes owed to the government,” said acting Governor Tenorio. “Together with our Fiscal Discipline Team, we must remain focused on restoring stability to our government finances as well as strengthening the confidence of our bond issuers.”

The Moody’s report included factors that could lead to an upgrade, primarily the restoration of positive fund balances without the use of deficit financing and a notable improvement of the general fund financial performance. It also noted that a return to operating deficits, deficit financing, and increasing debt levels will more than likely lead to a rating downgrade.

The Issuer rating of Moody’s is simply their opinion of the Government of Guam’s ability to fulfill its financial obligations. It serves as a reference point for the actual Guam credits they do rate, primarily the credit of autonomous agencies.