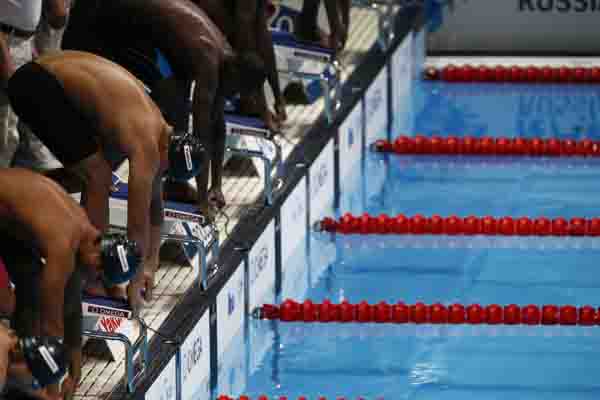 Guam – Heat 4 of the Men’s 50m Freestyle saw Chris Duenas representing Guam with a time of 25 seconds flat. Despite placing first in his heat, Chris was disappointed about missing out on breaking his qualifying time by just 0.03 of a second.

The 21 year old also swam the 100m Freestyle on Wednesday, finishing with a time of 53.88, which he was happier with than the 50m race:

“The 100m had to be a lot better than that, but I just need go back and train more.”

Chris, who has attended four World Championships, is using his disappointment as motivation for training, and explains what he hopes to improve on based on that swim:

“I just need to get back into form and shape. I need to work on my starts, finish, and breathing.”

About This Article: It was produced by Alice McAlpine of The Reporters’ Academy, a media production company run by young people, tasked with the mission of telling the stories of Oceania’s swimmers at the World Championships in Barcelona. The Reporters’ Academy is integrated into the world of media, education and employment, based in the great sporting city of Manchester.