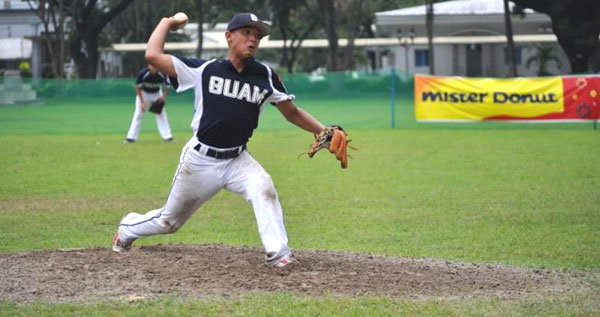 Clark  Freeport Zone, Pampanga –  Guam’s All Star Boys in the Little League Majors division suffered the loss against Saudi Arabia, 10-3, in the Consolation Game for 3rd place.
Guam broke a 2-2 tie in the bottom of the 4th when Gavin Lim scored from 3rd on a throwing error. However, in the top of the 6th, Guam could not close the deal. Saudi Arabia went on a two-out rally scoring eight runs as Guam went through five pitchers in the loss.

[Josh Sablan Delivers a pitch in the top of the 4th against Saudi Arabia Photo by: Gerry Cruz]

In the Juniors Division, Chinese Taipei defeated Guam, 12-1, in the semi-finals. Ruel-Yang Gulin took the win, while Andrew Blas suffered the loss. With the loss, the Guam Juniors are eliminated from the tournament. Chinese Taipei will face Hong Kong for the Championship on Saturday, July 5, 2014. 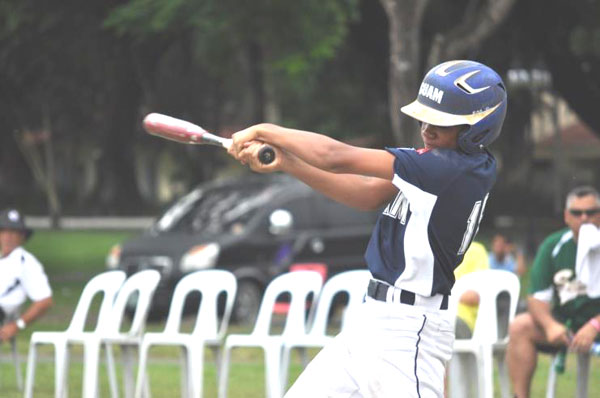 [Aidan McDonald connects for the single in the bottom of the 4th against Saudi Arabia – Photo by: Gerry Cruz]

Guam’s Big League All Stars went nine innings with the Commonwealth of the Northern Marianas (CNMI) in a pitching duel between Guam’s Bill Quenga and CNMI’s Lancaster Secharmidal. Both teams went scoreless for eight innings. The CNMI scored two runs on a two-run home run in the top of the 9th. Guam came back in a two-out rally in the bottom of the 9th on a bases-loaded walk, and a two RBI single on the game winning hit by Nick Cruz to take the win, 3-2. Bill Quenga pitched nine innings for the win, while CNMI’s Bret Halstead took the loss. Despite the win, and finishing 2-1 in the 2nd round, Chinese Taipei wins the Championship after posting an undefeated record of 3-0 in both rounds.

Guam finishes both rounds at 2-1. 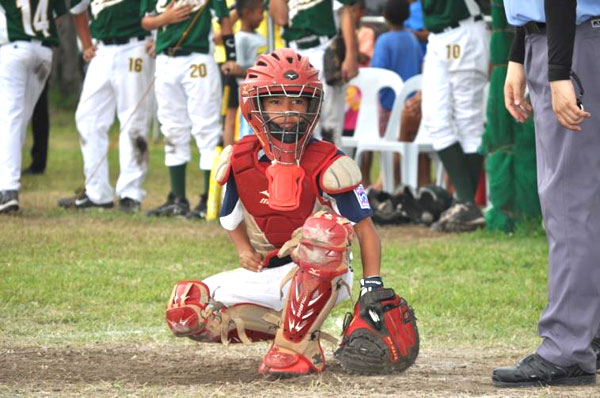 [Javyhn Laguana checks for the sign in the bottom of the 6th against Saudi Arabia. Photo by: Gerry Cruz]

Guam’s Senior Division All Stars had the day off in preparation for the Championship against the CNMI on Saturday, July 5.