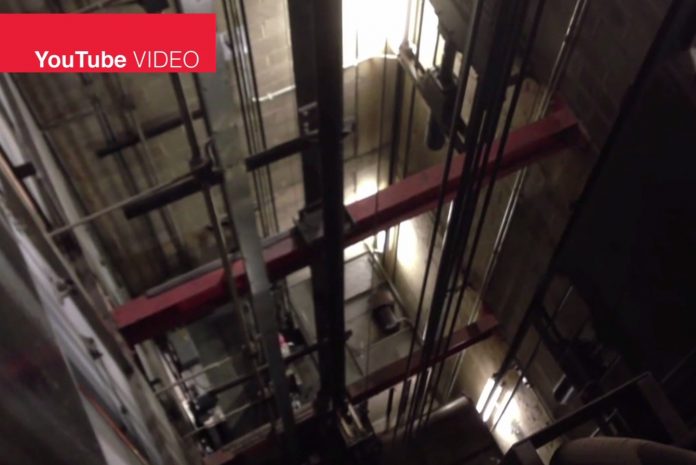 On top of the damning allegations listed against Mr. O’Connor, the inspector is also accused of charging an additional $50 per business off the top of his regular fee.

Guam – The next time you step into an elevator, you might want to check who inspected it first.

That’s because Thomas O’Connor, one of the few elevator inspectors on Guam has been accused by the Department of Public Works for failure to perform inspections in a safe manner as well as willful disregard for public safety.

According to documents PNC obtained, DPW issued a notice of proposed cancellation of commission to O’Connor dated June 2015.

DPW’s Director Glenn Leon Guerrero raised several serious concerns on the inspection quality as well ethical breaches. On top of the damning allegations listed against Mr. O’Connor, the inspector is also accused of charging an additional $50 per business off the top of his regular fee.

“In the past, Tom would do an inspection and if a company or building that he normally inspected did not call him, he took it upon himself to issue $50 penalty. When we found out about that, we said you are not DPW and you cannot issue out those fines. So, he then gave back the penalty amounts to whoever he got them from,” Leon Guerrero said.

Multiple complaints alerted the Department of Public Work to the inspector.

In a letter dated May 27, 2015, DFS Facilities Manager Jerry Loftis complained to DPW saying: “Now that Mr. O’Connor does the inspections, he demands that payment be made up front 100% before he will make a schedule to come,” adding that a proper inspection lasts about four to six hours while O’Connor’s only takes him a little over an hour.

“The weirdest thing is he doesn’t want anybody around him when he does his inspections….we need to make sure the equipment is safe,” Loftis wrote.

But if Mr. O’Connor was seemingly so inept at his job, why is he still contracted by DPW?

According to Juno Eun, the CEO and President of Core Tech International, Guam doesn’t have much of  A choice. Eun also contracted Mr. O’Connor to inspect CTI’s elevators, but the performance was sub-par. At the time, Eun wrote to Leon Guerrero complaining about the nearly 86% raise in inspection fees O’Connor was writing for himself.

That’s when an internal investigation was launched, but nothing came out of it.

“They’re allegations and I’m not going to repeat allegations. Document it and we’ll pursue it. So, I’ve never gotten, I may have, but if we did, I’m sure we investigated it,” Leon Guerrero tells PNC.

But just how many organizations has O’Connor affected? The inspector’s receipts reveal that major companies were not immune: DFS, Core Tech International, E.M. Chen & Associates, and major hotels like Dusit Thani, the Outrigger, Hilton Resort and Spa, The Leo Palace, and the Hyatt Regency  to name a few. All were inspected by Tom O’Connor.

Leon Guerrero estimates that there’s around 3,000-5,000 elevators on Guam alone. Most of these organizations have since updated their inspections, but others may not even be aware of this issue.

Take for example, the Guam Power Authority. Their certificate plainly shows that the elevator’s inspection has not been updated –the last inspector was Tom O’Connor and it expired November of 2015.

But Leon Guererro says that’s because DPW has decided to hold onto the inspection certificates until they can be verified by the building owners. This additional step has only backlogged DPW’s progress.

So it begs the question, with all this additional work and with all the complaints waged against him, why is O’Connor still contracted by DPW?

“I don’t have any evidence that says what Tom O’Connor is doing is wrong. So yes, am I doing extra work? — and it’s not just with Tom, I’m doing it with everybody. So yes, it’s taking a lot more time and a lot more work, and we probably can look at it to see what we can do to streamline this, because at the end of the day, what we’re wanting is the public to know that when they see the certificate and it’s not expired then it’s a safe elevator,” expressed DPW’s Director.

Meanwhile, Thomas O’Connor’s Attorney, Phillip Torres, did not immediately return our calls as of news time.