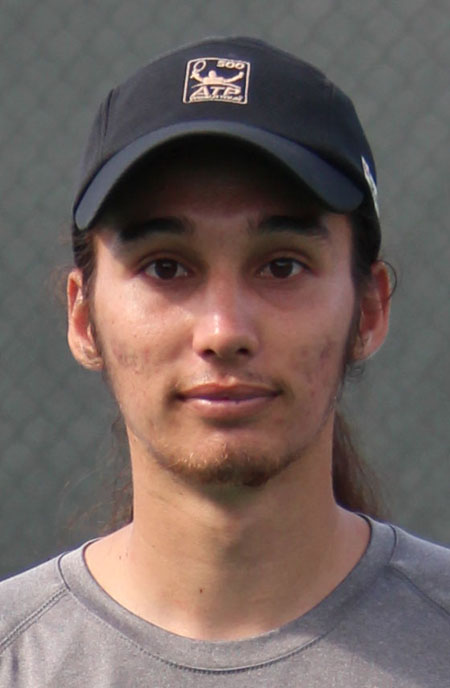 Guam – A familiar face in Guam’s local tennis scene will be sharing the courts with some of the world’s top tennis players as a linesman in this  month’s Australian Open.

Guam’s 21-year-old Swami, left to Australia late last week to first officiate at the Apia Sydney International, a lead-up tournament to the Australian Open. Later, he will call lines at the Grand Slam tournament scheduled for Jan. 14 to 27 in Melbourne, where both the men’s and women’s singles winners will each receive over US$2.5 million, the largest prize money purse in the history of the sport, according to the Australian Open Web site.

“We’re extremely proud of Swami and his dedication to the sport of tennis,” said Torgun Smith, owner/partner of the Tennis Academy of Guam and tournament director for the 2013 Guam Futures tennis tournament.

“The Australian Open is one of the biggest tennis tournaments in the world, and receiving an invitation to call lines at a Grand Slam is definitely an honor for anyone.”

Swami, a former secretary of the Guam National Tennis Federation, will be among over 300 officials at this year’s Australian Open. Swami had his first taste of international tennis match officiating outside of Guam at the 2011 Rakuten Japan Open Tennis Championships. He received an invitation to call lines at the ATP World Tour 500 event after being spotted and recommended by visiting ITF officials during the 2011 Guam Futures tennis tournament at the Hilton Guam Resort & Spa tennis courts.

In 2012, Swami returned to Japan to first call lines at a tournament in Kyushu and later the 2012 Rakuten Japan Open Tennis Championships, where he was selected as a linesman for all matches, including the final match that saw Japan’s Kei Nishikori become the first Japanese man to win the
tournament.

Nishikori defeated Canada’s Milos Raonic in three sets for the title. Raonic earned his finals berth against Nishikori after unseating the tournament’s defending champion, Great Britain’s Andy Murray, who earlier in the year had won the gold medal at the 2012 London Olympics.

At one point in the final, Nishikori challenged one of Swami’s line calls, but after reviewing the shot by Raonic through the sport’s hawk-eye technology, Swami’s call stood, he said.

Swami said he hopes to be selected for more regional international tennis tournaments and to one day earn the certification needed to be a tournament chair umpire. At the moment, the 2013 Guam Futures tennis tournament is next on his calendar as a tennis official following the Australian Open. He will return to lead all volunteer local tennis officials in the tournament, scheduled for June 1-9 this year at the Hilton Guam Resort & Spa tennis courts