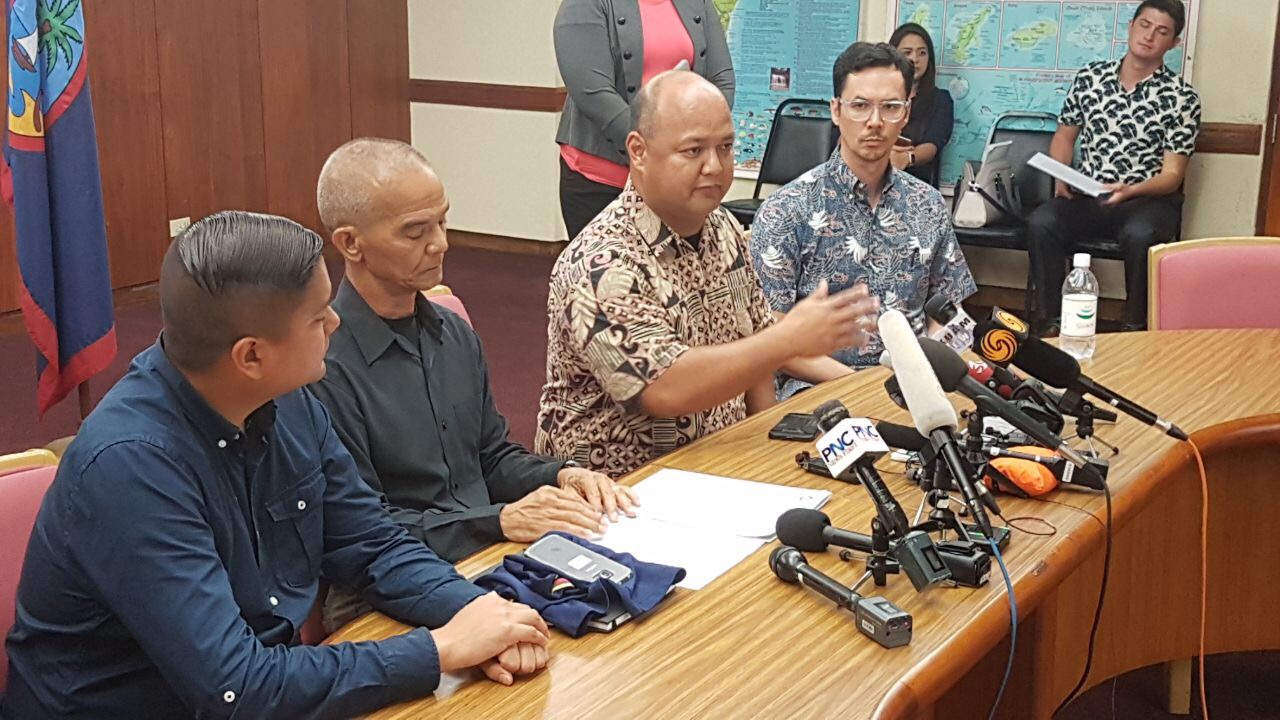 Despite the rhetoric from North Korea that began last week Guam’s threat level has never changed.

“There is currently no change in the threat level it has not changed since the past it has not changed now and we expect that the threat level will remain the same. We are hopeful that diplomacy will win the day I’m hearing that Secretary Tillerson, Rex Tillerson is opening up dialogue with North Korea we’re hopeful that that goes through,” said Charfauros.

The Governor and Lt. Governor were not present during today’s briefing on North Korea. Yesterday the Lt. Governor said he felt relieved that Kim Jong Un has decided not to fire missiles off the coast of Guam. A week ago, a general from the North Korean army threatened to draft a plan to shoot missiles off the coast of Guam and then turn in that plan in by mid-August for review by Kim Jong Un. The North Korean dictator reviewed the plan yesterday (Tues.) but opted not to give the order to shoot the missiles at this time.

However, the U.S. and South Korea will soon be conducting annual training exercises on the Korean peninsula next week. These exercises have historically drawn threats from the hermit kingdom.

Charfauros says the joint exercises are tentatively scheduled for next week. “North Korea always sees that as a provocation a provocative measure. The decision to conduct or not conduct that drill is beyond my level. Once again I’m always hopeful that diplomacy wins the day,” said Charfauros.

Whether or not North Korea levies more threats at Guam, today(Weds.) Guam Office of Civil Defense Administrator Charles Estevez explained that a ballistic missile attack is not even considered one of Guam’s top six threats. “Our top threats on Guam are tsunamis, earthquakes, I’m sorry, typhoons, earthquakes, tsunamis, cyber security threats, explosives that could be manmade or improvised explosive device and pandemic human. Those are our top six threats,” said Charfauros.

Charfauros says that he is confident in the U.S. missile defense system, so there is no need to place the threat of a ballistic missile attack higher on the list of Guam threats. “I’m more worried right now about transnational criminal organizations, illicit drugs and cyber security,” said Charfauros adding, “I am very confident, very, very, confident in the abilities of the U.S. Department of Defense to not only defend the island of Guam but also the Marianas and the rest of our allies in the region.”

Again, it should be clear that Guam’s threat level remains the same.