Guam – Hundreds of family members and friends gathered at dawn Saturday to say goodbye to 588 members of the Guam Army National Guard [GUARNG].

The Guard members were bused from the Guam National Guard Readiness Center to Andersen AFB at about 7am. The Guam Guard members flew off  to Camp Shelby Mississippi for mobilization training.

In mid-April they’ll head on to Afghanistan for a 9 month deployment. They won’t be back until February of next year.

Well wishers with U.S. and Guam flags stood outside the Air Force base for a final wave goodbye. They honked horns, waved their flags, and shouted their farewells. A number of  them were in tears.

I-294th Infantry Regiment are being deployed during the waning days of U.S. involvement in Afghanistan in support of Operation Enduring Freedom. It is the largest deployment of Guam Guard members in the island’s history.

They will provide training to various Afghan Army units, provide personnel security to some high ranking NATO and Afghan leaders, as well as provide security for military convoys.

The Guam contingent is being led by Col. Mike Tougher who told PNC News Friday that about 200 Guam Guard members will be station in and around the Afghan capital of Kabul, the rest will be dispersed to various bases around the country. 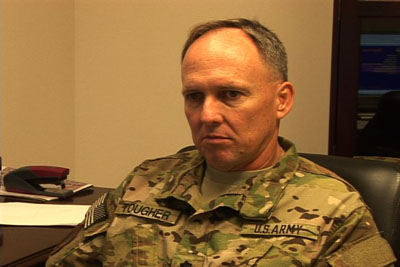 He acknowledged that its a dangerous mission, and the danger will come primarily from the Afghan forces they’re there to help.Togher explained that there have been a number of cases in recent years of some members of Afghan units attacking coalition forces who have been training them.

Tougher said these kinds of attacks are called “green on blue” attacks.

“Green on blue would be for instance an Afghan national security force individual attacking a coalition force soldier or adviser and we’ve seen that in the news recently it’s been going on for some time,” he said.

Tougher explained that insurgent forces in Afghanistan are sometimes able to coerce individuals in the Afghan security forces to carry out attacks by threatening their families. 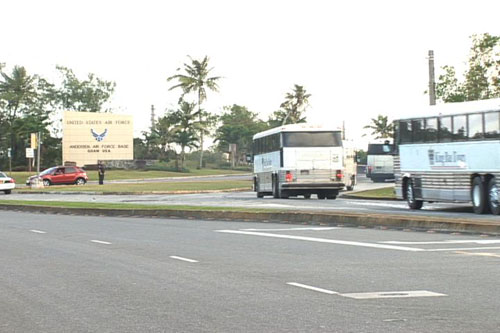