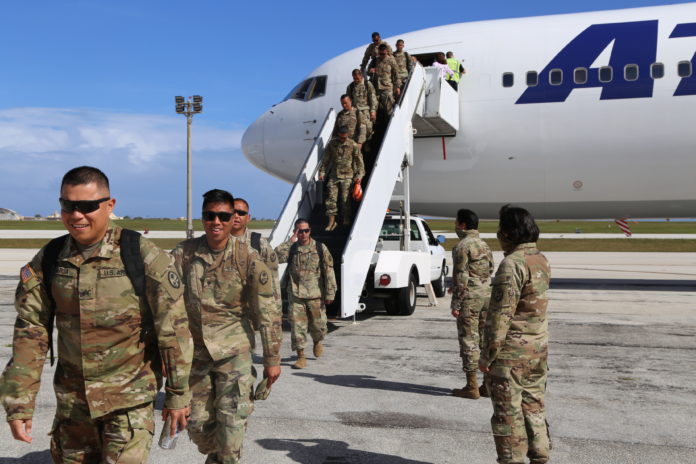 Soldiers from the Guam Army National Guard’s 1st-294th Infantry Regiment arrived on Guam Sunday after a 10-month deployment to Egypt.

The Soldiers were part of the Multinational Force and Observers, or MFO, Team, consisting of about 12 countries, who supervise the implementation of the security provisions of the 1979 Egyptian-Israeli Treaty of Peace and employ best efforts to prevent any violation of its terms.

The Soldiers were at Fort Bliss, in El Paso, Texas, where they were quarantined for 14 days, in accordance with federal guidelines, before completing post-mobilization requirements, which included additional medical screening, and returning home to Guam.

The Soldiers were aboard a contracted military transport aircraft which landed at Andersen Air Force Base, Yigo, Guam.  U.S. Air Force Public Health officials screened the Soldiers before they deplaned and boarded buses en route to the Guard’s Readiness Center in Barrigada. 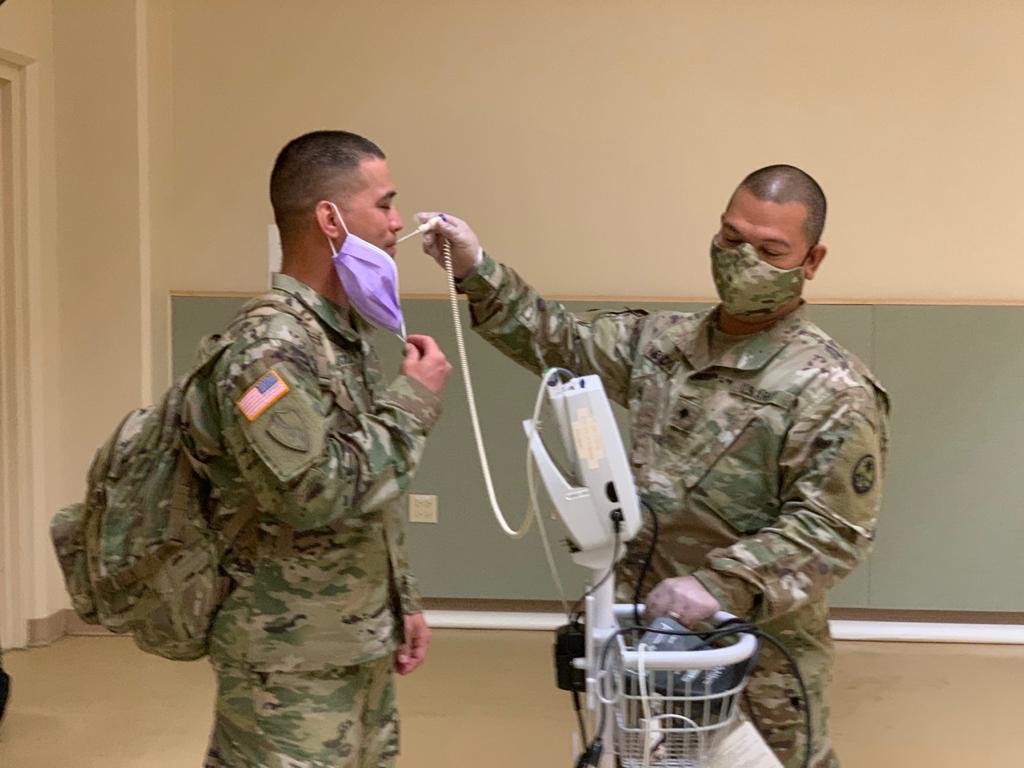 The Soldiers were screened by Guam National Guard medical personnel once again and had their temperatures taken and Guam Customs and Quarantine Officers inspected their bags before they were cleared to leave.  Family members waited patiently outside for their Soldier to exit their assigned buildings in order to welcome them home.

The Soldiers were released and given a stay-at-home as well as a restriction of movement order to comply with current island policies and to help fight the current battle against Coronavirus, or COVID-19.