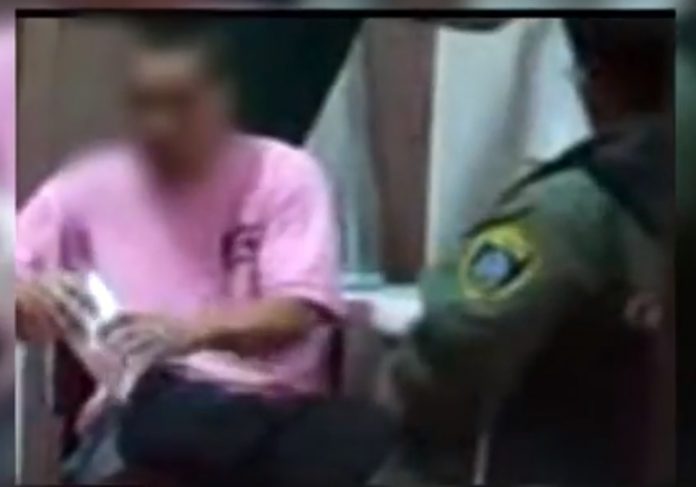 Leodegario Buan settled with DOC instead of letting his case continue through the Civil Service Commission.

Guam – The corrections officer who was fired in January last year after he was caught on camera sleeping on the job and receiving a foot massage from an inmate will be reinstated.

The shocking video was first reported in November of 2013 and showed what appeared to be  Department of Corrections Officer Leodegario Buan in uniform getting a foot rub from a maximum security inmate. The same officer was also caught sleeping on the job.

He was terminated in January 2014, but Buan Appealed his termination, contending that the punishment for such actions was too harsh. Buan’s case finally went into its final stages at the Civil Service Commission, but, according to CSC Director Tony Lamorena,  after three days of hearings, DOC management informed the commission that they had reached a settlement agreement with Buan.

Lamorena tells PNC that the settlement was approved and the terms include withdrawal of the appeal, agreeing to a 30 day suspension with credit for time served, reinstatement to Buan’s previously held position and one year’s worth of back pay to include annual leave and hazardous pay. The parties also agreed that DOC will not be footing the bill for Buan’s Attorney’s fees.