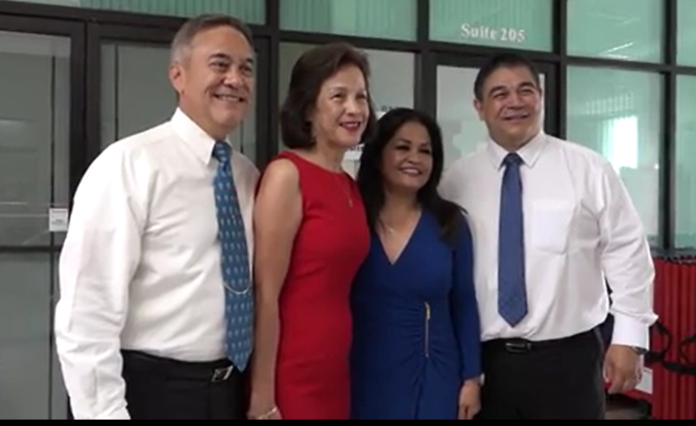 With the General Election approaching the Right side of the aisle is receiving criticism for declining to participate in numerous debates.

The Republican Gubernatorial Team of Former Governor Felix Camacho and Senator Tony Ada are being called out by their Democratic Opponents Incumbent Lou Leon Guerrero and Josh Tenorio.

The Democratic team is criticizing their opponents for canceling multiple debates.

In a media release from the Campaign Manager for the Leon Guerrero – Tenorio team, Rory Respicio says that the Camacho-Ada team has declined to join debates hosted by:

CHamoru Speakers, Women in Business, as well as the Collaborative “On the Record” Forum hosted by the island’s media.

Respicio says that “Lou and Josh have agreed to debate Felix and Tony — anytime — anywhere — just send us the location.”

However, Respicio concluded his media release by saying “if they persist in dictating who counts and who gets counted out, we will not share any future stage with them.