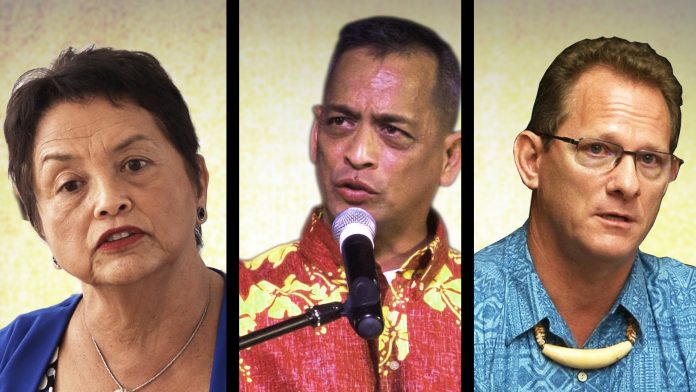 Guam – The voter-gap widens with the additional 10 precincts counted since the 1st batch of results in the gubernatorial race. However, now with 32 total precincts accounted for, republicans close in on democrats by 6 votes.

A total of 32 precincts were tabulated and results were released in the 2 o’clock hour. By this time, Republicans Ray Tenorio and Tony Ada shorten their gap on the lead by 6 votes.

When the 2nd batch of results were released Lou Leon Guerrero and Josh Tenorio earned a 2,453 vote lead, however according to the latest update from the Guam Election Commission, that lead is now at 3,828.

Since the results of the first 10 voter-precincts were completed, democratic banner bearers Lou Leon Guerrero and Josh Tenorio maintained a substantial lead against republicans Ray Tenorio and Tony Ada.

The Im In camp garners 2,091 votes while the BOTA team locks in 1,072 votes short of the lead, that is, upon the release of the first batch of results. Leaving 880 votes cast, to a gubernatorial write-in candidate.

Keep updated on our Facebook and Instagram pages. You can also tune in to our broadcast on ABC7. Happy election night Guahan.