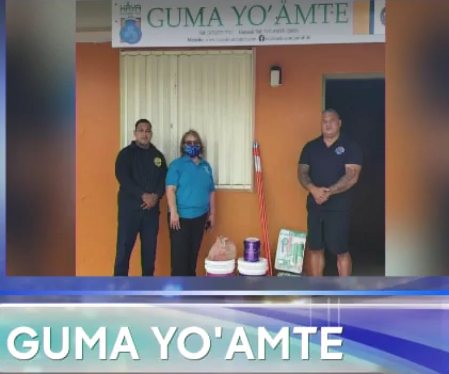 The last time we spoke with Zita Pangelinan, Guma Yo’Åmte Healing Center in Yona was hit hard by thieves who ransacked and set fires throughout the facility.

On Friday, May 8 she shares that Guma Yo’Åmte is rebuilding thanks to the generosity of volunteers.

It’s been several weeks since Haya Foundation President Zita Pangelinan discovered that Guma Yo’Åmte had been broken into and ransacked, leaving thousands of dollars worth of damage.

“It was just all trash and you know they didn’t leave anything salvageable except for perhaps the Mother Mary statue, and I think a couple of partitions. But everything else they damaged,” Pangelinan said.

But hope was not lost and the push was made to rebuild the healing center which serves about 1500 clients.

“First, our families came together to help us clear it out and then a couple of days later, a firefighter in the neighborhood came and said he wanted to help,” Pangelinan said.

It then became a joint effort… an electrician, the firefighter along with his family, and the Federal Association of Firefighters all pitched in to get the facility back in shape.

Pangelinan says their help has been uplifting after what Guma Yo’amte has gone through.

Donations are being sought to replace some of the stolen and damaged supplies and equipment.

If you would like to donate you can visit Hayafoundation.com and click on the link “the gift that keeps giving” to donate through PayPal.