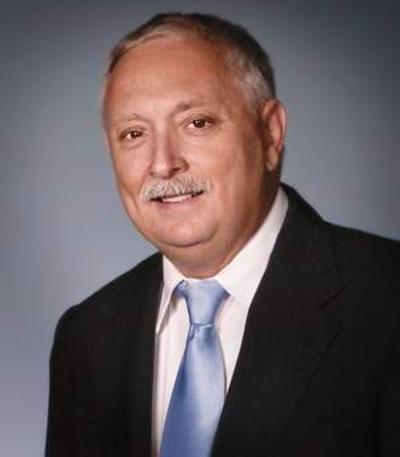 Time-conscious counsel says this warpath is a limited term engagement…

Guam – On Friday evening, private sector attorney Gary Gumataotao revealed to Pacific News Center that he’s a candidate for attorney general of Guam. He also told PNC what makes him uniquely qualified to become the island’s next elected AG.

“I’m running for Attorney General because no other candidate will commit to investigating and prosecuting the corruption of the present administration: [the] illegal Adelup raises and bonuses, illegal land trust transactions, millions [of dollars] in fraudulent income tax waivers, wasteful GEDA travel expenses, and cover-ups of drug and sex scandals,” Gumataotao said via private message. “I will prosecute officials before the 18-month statute of limitations expires.”

The bare-knuckled lawyer sealed his offer with a gutsy, all-caps plea for public confidence. “WILL YOU JOIN ME IN CLEANING OUR GOV’T [OF] GUAM HOUSE?!”

An unapologetic Democrat, longtime businessman and attorney, Gumataotao has never held elected office but has made several attempts. He last ran for lieutenant governor of Guam, in a late ‘reformist’ bid for Adelup with former governor Carl T.C. Gutierrez in 2014. The pair lost to incumbents Eddie Calvo and Ray Tenorio. Gumataotao has also run for senator and attorney general, and once served as an assistant AG.

Until last year when the Department of Education opted not to renew his contract, Gumataotao served as legal counsel to DOE.

Known variously as Gary or Frank, the political contender’s full name is Gary Wayne Francis Gumataotao. As a partner in the Gumataotao & Pole law firm located just off the parking lot in back of the Guam Judicial Center in Hagatna, Gumataotao is an experienced bankruptcy and divorce lawyer and is well regarded for his pro bono work among the elderly, or manamko, of Guam. He is the son of former Piti Mayor Vicente “Ben” Diaz Gumataotao, a survivor of the Imperial Japanese occupation of Guam. After high school, Gary was educated in the Upper South of the U.S. mainland.

According to his law firm’s website, Gumataotao graduated with a Juris Doctor in Law from Washington & Lee University in Lexington, Virginia and received his BS Degree in Marketing and Management from Old Dominion University in Norfolk, Virginia.

Gary Gumataotao previously served as a Deputy Attorney General, Civil Division and Assistant Deputy for Solicitor. He also served as Chair of the Business Department at Guam Community College. He is an experienced private practitioner and corporate counsel with more than 25 years of expertise in litigation, contracts, commercial transactions, real property, insurance, procurement, regulatory compliance (i.e., labor law, communications and homeland defense) and is a federally-trained mediator.

Gary has always been a legal advocate for our island’s elderly population, fighting and defending them in all matters. He is known for his vigorous and aggressive work as a champion of the rights of those members of our society who need help, including the manamko and the youth.

The site also lists a number of Gumataotao’s achievements, such as his inclusion in the list of Who’s Who in American Law Schools as well as his status as a National Finalist in the American Bar Association National Negotiation Competition.