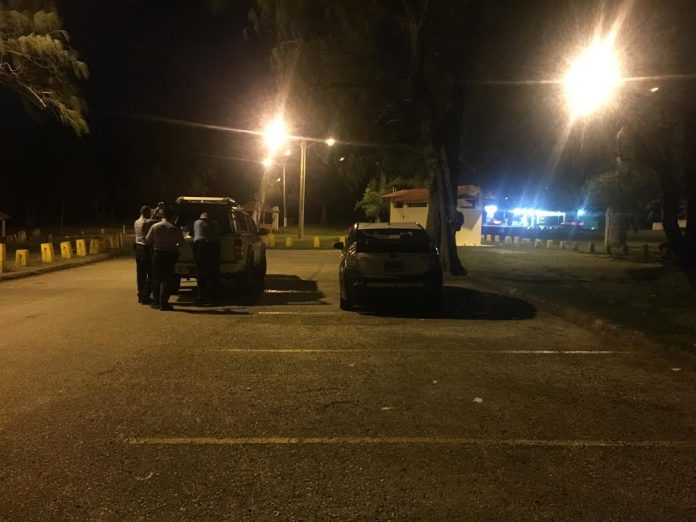 According to witnesses at the scene two men began shooting at each other at the Ipan Public beach at around 9pm tonight. The witnesses tell PNC that one man had a rifle while the other man had a handgun. The witnesses say that both men missed each other during the shoot out and no one was injured. They described the men as local. According to the witnesses many of the shots were fired in the direction of the Ipan Mobil gas station and mini mart which is across the street. GPD was on the scene investigating and officers could be seen at the mobil gas station and near one of the barbecue areas across the beach from the gas station. The witnesses do not know what caused the shooting. The witnesses, who did not want to be identified, told PNC that the men were were at the beach for a short time before they started shooting at each other. This story is still developing.