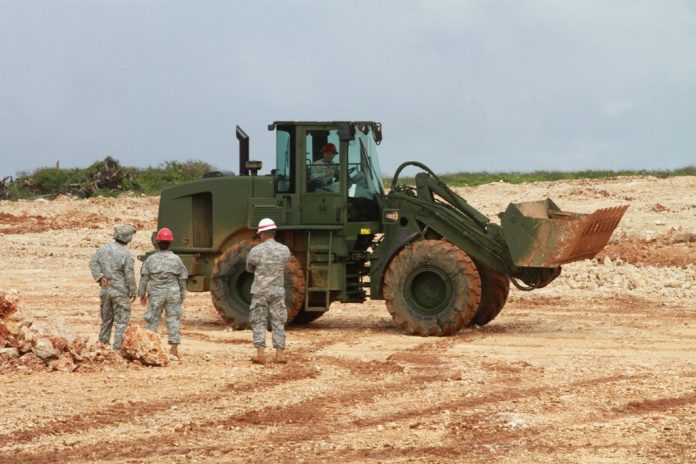 Guam – The 1224th ESC of the Guam National Guard will be conducting their annual training off-island from June 8th to 29th.

“Annual Training at the National Training Center for our Engineer unit will serve as a valuable experience for all our Soldiers. This opportunity provides focused individual skill training as well as experience that otherwise would not have been attainable here on island,” according to Lt. Col. Robert Crisostomo,
Commander, 105th Troop Command.

The 1224th ESC was activated in October 2008, but traces its beginnings to the 1224th Engineer Detachment (Utilities), one of the Guam National Guard’s first
units. It is a subordinate unit of the 105th Troop Command. The unit currently has over 110 Soldiers who are constantly preparing themselves to respond to the
needs of the Island and Nation. The 1224th ESC is comprised of a company headquarters, three heavy equipment engineer platoons and a maintenance section.

Capt. Melvin Pilarca, Commander, 1224 ESC, who will lead the mission agrees that “this is another great opportunity for the Engineers of the 1224th ESC
and the Guam National Guard. The NTC rotation marks one of the largest in history with almost 6000 Soldiers participating. I am extremely proud of our

Soldiers who have trained extra hard in preparation for this rotation. I have no doubt that the unit will represent the Guam National Guard and the Island of Guam with great distinction and professionalism,” he said.

Soldiers from the 1224th ESC have performed other missions for the Guam National Guard, having deployed to Afghanistan and supporting Balikatan
exercises in the Philippines for the past three years and to Germany in support of US Army Europe. Its members have also participated in Annual Training exercises during Operation Jump Start in Arizona on the U.S. border with Mexico and in the Honduras. 1224th ESC members have also executed their mission as Army engineers during post-typhoon recovery including after Paka, Chata’an and Pongsona. The 1224th ESC has also contributed to the community by performing work on football and baseball fields, as well as at the Veterans Cemetery.

The 1224th ESC will be providing horizontal engineering support to their mission, while receiving training collectively on various engineer tasks.

Approximately 100 Soldiers from the Guam Army National Guard will be heading to the National Training Center (NTC) at Fort Irwin, California, to participate in rotation 14-08 in support of the 2-2 Stryker Brigade Combat Team out of Joint Base Lewis-McChord, Fort Lewis, Washington, currently preparing to
deploy in support of Combatant Command missions.