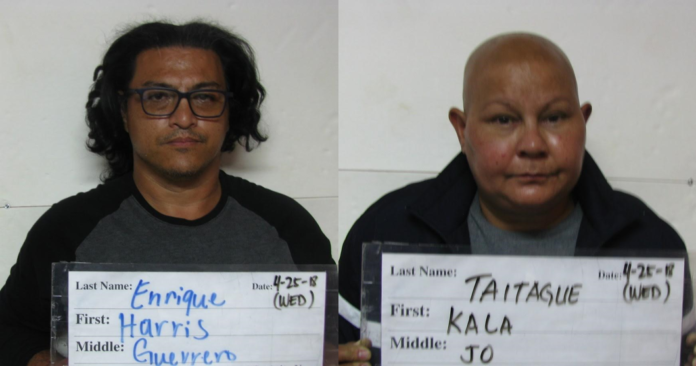 Guam – A raid on an apartment in Agana Heights has led to the discovery of drugs and guns.

While meth and marijauna are prevalent on Guam, the National Drug Intelligence Center reported in 2003 that there was only one LSD investigation in the CNMI in 1999. The DEA seized a total of 1.4 ounces of LSD in that investigation.

According to court documents, in December 2016, a passenger on a United Airlines flight inbound to Guam was found in possession of LSD, he was sentenced in February 2018 to 14 days incarceration.

The NDIC states, “LSD is a hallucinogen that induces abnormalities in sensory perceptions. The physical effects include dilated pupils, higher body temperature, increased heart rate and blood pressure, sweating, loss of appetite, sleeplessness, dry mouth, and tremors. LSD abuse also can result in long-term disorders. LSD typically is taken by mouth and is sold as pills, capsules, liquid, and pieces of paper that have absorbed the drug.”

In yesterday’s drug raid, police arrested Guerrero for Possession of a Scheduled two controlled, possession of a Controlled Substance with the Intent to Distribute and possession of a firearms with no valid Firearms Identification.