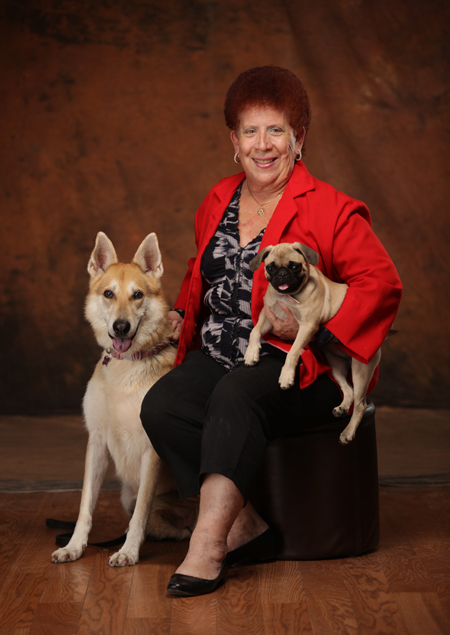 Guam – Guam Senator Judi Guthertz has been recognized by the Animal Legal Defense Fund as a “Top Ten” Animal Defender.

“I am of course delighted and very hopeful that this recognition will heighten awareness of the need to curb abuse of any animal in Guam. I am asking for the support of all animal lovers here for legislation I’ll shortly be introducing legislation requiring that all domestic pets have microchips, so that if they are lost and stolen, they can be returned to their rightful owners.

This award makes it a great day for me, but I am sure that it will be very good for the interests of abused and neglected boonie dogs and other animals on island.”

READ the citation from the Animal Legal Defense Fund below:

National Justice for Animals Week [Bio from Animal Legal Defense Fund] The scene is a crowded, gridlocked intersection in Guam and yes, in the American Pacific territory where America’s day famously begins, traffic congestion is a regular part of daily life. A woman jumps out of a car and sprints to a nearby white pickup truck. Reaching under the chassis, she pulls out a stray dog she had spotted from where it was trapped.

Meet Guam Senator Judi Guthertz. When the senator is not staging animal rescues on the street, she serves as Assistant Majority Leader of the Guam
Legislature and she spent most of her professional life as a professor of public administration and criminal justice at the University of Guam.

Senator Guthertz came to the island as an infant, the daughter of a prominent local businessman, and she became aware early in life of Guam’s unique
community of animals, both native and imported. In the course of Guam’s long colonial history under the Spanish, the Carabao and Sambar Deer were brought in. Domestic dogs and cats arrived in large numbers during the U.S. Naval Government period, which started in 1898 after the island was ceded to the United States at the end of the Spanish-American War. There were once many native bird species, but they have been decimated by an unwelcome import, the Brown Tree Snake, believed to have arrived by ship after World War II.

“[F]rom a very early age, my parents taught me to care for animals that were part of our family life and to go out of my way to help people and animals in need,” Senator Guthertz recalls. “I have rescued countless numbers of dogs, in particular, since my teens and have helped to rehabilitate them and to later find good homes to adopt them or adopt them myself.”

The present day mix of Guam’s population reflects a variety of cultural practices and attitudes toward animals, which Senator Guthertz says often come in conflict with the traditional respect and kindness the native people of Guam have had for work and domestic animals.

Both Senator Guthertz’ office and her expertise in public policy have allowed her to help animals. “I have worked closely with Guam’s animal welfare organization, Guam Animals in Need and have introduced and successfully got passed into Guam law a number of animal welfare bills since becoming a senator,” she says.

“I am in the process of preparing legislation that will require all domestic pets to have microchips so if they have been lost or stolen, they can easily be identified and returned to their rightful owners. In addition, I am working on legislation that will recognize what we call boonie dogs in Guam in order to encourage more adoption opportunities for these animals that have no pedigree but which become loyal companions to those who invest in their welfare and adopt them.”