In his Statement of  Objection, Lujan writes that Judge Perez’s “impartiality might reasonably be questioned”  because he was appointed by Republican Governor Felix Camacho and because the Judge’s family members actively campaigned for the GOP team of Calvo-Tenorio.

The first hearing in the election lawsuit is slated for Wednesday morning before Judge Perez.

Cabot told PNC News Tuesday that the Notice of Removal is  “automatic,” assuming that proper procedure has been followed. He said the Gutierrez lawsuit raises Federal questions which are best decided in Federal Court.

Will cannabis damage Guam’s image as a family-friendly tourist destination? 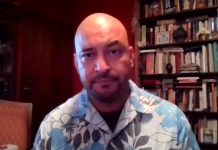 Cannabis Control Board going over testimony presented during public hearings