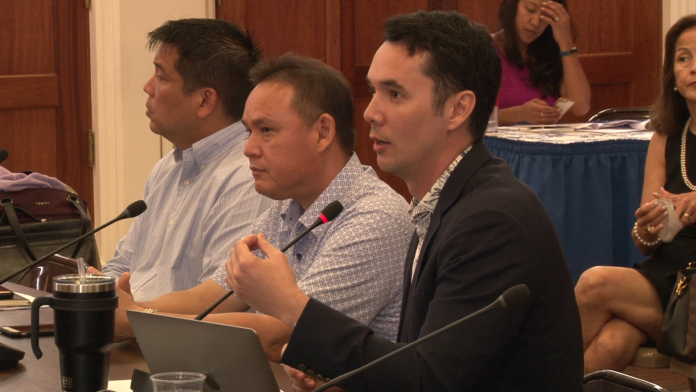 Guam – Guam Visitors Bureau is requesting just over a one percent budget hike for FY19. Asking senators for $26 million, the bureau is selling its funding strategy as a good return on investment.

Less alarmed South Korean tourists kept pouring into the island. And until recently, they constituted half of all Guam visitor arrivals. Korean percentages remain healthy, but GVB tracking indicates Korean tourists spend less per head than their Japanese counterparts. So the push is on to rebuild the Japan market—which, once upon a time, made up 80 percent of Guam’s total arrivals.

GVB President and CEO Nathan Denight said 2017 was another record visitor arrivals year—with an unprecedented 1.56 million visitors. But he added that destabilizing geopolitics, air route cancellations, and seat reductions have slowed momentum in 2018. However, Denight says industry-wide cooperation has softened the blow.

“Despite all [these] challenges, Guam’s tourism has definitely shown its resiliency,” Denight said. “Currently, fiscal year to date, we are just 3.7 percent less than last year’s record arrival numbers. And so we outperformed our original forecast at the beginning of this fiscal year of minus 10 percent. So I think this result is thanks to the private and public sectors really coming together and working together, and I would like to thank this legislature for your continued support of tourism. Without the resources you have provided GVB and the industry, this recovery wouldn’t have been possible.”

While March 2018 visitor numbers from Japan now make up 45 percent of all arrivals to Guam, versus Korea’s 39 percent of March inbounds, GVB keeps striving to recover the Japan market’s coveted spending power. And since the bureau is asking for more money for this fall’s budget over last fall’s, the agency wants to show senators how the island is getting more bang for its buck.

During budget hearings at the legislature this morning, Denight flashed a slide showing a 12,000 percent return on GVB’s half-million-dollar investment into a recent welcoming campaign spearheaded by Japan Marketing Committee Chairman Bill Nault.

The $500,000 investment, resulted in more than 43,000 additional Japan arrivals, and a per-visitor spend of over $1,400. The impact was nearly $62 million grossed on that half-million-dollar marketing campaign alone—according to a Visitors Bureau exit survey. The bureau reports total spend per head included prepaid and on-island purchases, fiscal-year-to-date, April 2018.

According to GVB, Japanese per-visitor spend is generating sorely needed new business revenue.  And for a local government that is struggling to cover daily expenses and pay down monthly debt, a recovering Japan market means more critically needed taxable receipts such as optional tours, shopping, dining, and hotel room nights.

More activity necessitates the involvement of more market players, both on and off island, and every supplier and service provider takes a cut. At the budget hearing GVB Japan Marketing Committee Chairman Bill Nault shared an example of how hotels are reporting room night income on outside agent sales.

The question now is whether GVB can sustain the momentum in a Japanese visitor market that is already considered mature beyond its ripest years. At a time when Japan’s population is aging, and birth rates remain at all-time lows. But for the time being, the leadership at GVB remains optimistic for the approaching fiscal year.

Appropriations Committee Chairman BJ Cruz observed that GVB spending is now nearly double what it was 20 years ago, when arrival numbers were nearly as high as they are today.