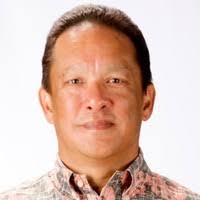 Guam Visitors Bureau Board Chairman Sonny Ada doesn’t expect that Guam will see any tourists returning to the island until July at the earliest.

The biggest barrier preventing the return of flights and visitors is the 14-day mandatory quarantine on all arriving passengers.

But the Governor says that’s the last restriction she will lift.

During a GVB-sponsored webinar Friday afternoon, Ada said the Guam Visitors Bureau is on the same page as the Governor — the safety of island residents and visitors must come first.

“So there is no push to expedite the mandatory quarantine upon arrival. There is still discussion going on because even if they were to come to Guam, some of our source markets, like Japan and Korea, would require 14-day quarantine on the way back,” Ada said.

“I know that for sure in May and June we’re not going to see any tourists. For sure we’ll need to understand when this 14-day mandatory quarantine will be lifted. And that will be a triggering point to pick up and understand when they can realistically be open for business.”

Guam Department of Labor Director David Dell’Isola also spoke. He responded to some who have suggested that Guam use local taxpayer funds to an unemployment program.

However, he said the cost would make that impractical.

“You know that’s been going around. But if you step back and look at the dollars that I’m talking about, we’re talking $924 million to set up a local unemployment program. That’s the whole operating budget of the government. Nobody has that kind of money to set up a program like this,” Dell’Isola said.

Dell’Iolla said it’s the U.S. Department of Labor that is holding things up. They have yet to approve Guam’s unemployment program. He again said he doesn’t expect the two federal programs to be up and running until the second or third week of this month.