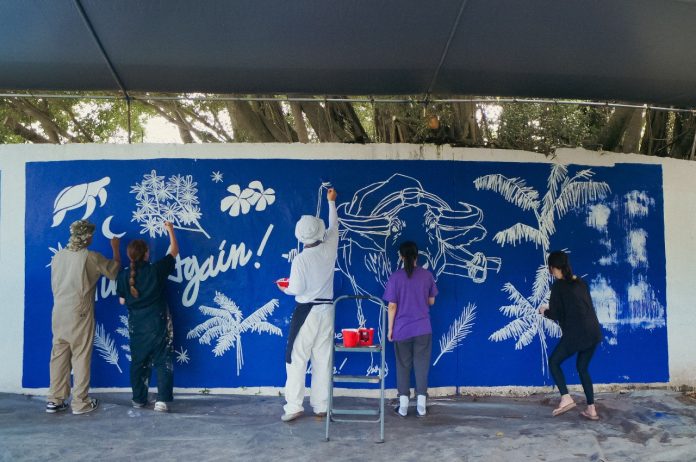 The Guam Visitors Bureau, in partnership with the Inalåhan mayor’s office, and four well-known Korean artists collaborate to create a mural located in the village of Inalahan.

One of the artists, Mr. Kim Gun Joo was part of the Guam Eco Wave in 2018–where he painted the Inalahan pool platforms depicting the Guam Ko’ko bird, and another island iconography, along with the greeting “Welcome to Inalåhan.”

In an interview with PNC, Nicole Benavente–Korea Marketing Manager, talks about the benefits of having the mural located in Inalåhan.

She said, “To create another photo spot for visitors on Guam and we like the idea of if being down in the south in Inalåhan and also it’s just this physical reminder of the cultural exchange or artistic exchange between both Guam and South Korea.”

She also added, “Even in the painting process, it was already kind of generating interest in Korea and so our idea is to create this new photo spot, this new place to go down south and to get people in Korea excited about going down there, taking pictures with it.”

GVB is looking forward to continuing its collaboration with artists to create new photo spots for visitors and to foster cultural exchange between Guam and South Korea.

Check out the mural located in Inalåhan, next to the Papa Niyok Store.