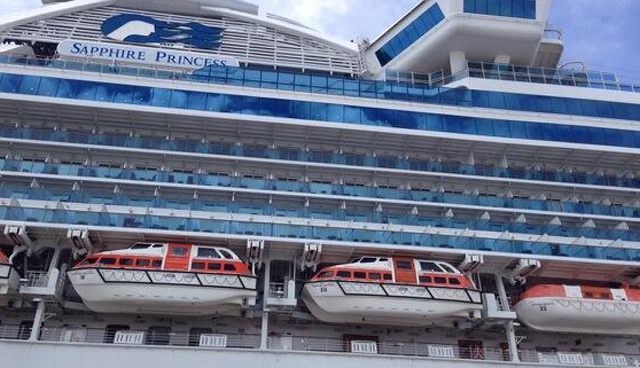 Guam – The cruise ship Sapphire Princess stopped on Guam this morning bringing with her actor Bruce Willis and Singer Rod Stewart along with about 3,500 passengers and crew members.

Guam Visitors Bureau General Manager Karl Pangelinan said the two stars were aboard the vessel which made only a brief one day stop on Guam to restock on some provisions. GVB quickly put together some tours for the crew members arranging tour buses to take them to Jeff’s Pirates Cove and the Beach Bar at Gun beach. The Sapphire Princess is the second cruise ship to arrive on Guam this year. It’s original port of departure was in Los Angeles. It stopped at Hawaii before making it’s way to Guam.

“The cruise ship initiative is something that’s very interesting for us. Something that we’re very proud to support. We’ve been very vocal about not having hotel rooms not having enough hotel rooms during peak season and this is one of the perfect solutions. Additionally we’re trying to position and pitch Micronesia as the destination with Guam sort of being the hub,” said Pangelinan. The ship was scheduled to leave at about 5p.m. and it is headed to Taiwan next. It will also stop in Japan and China as part of an Asian tour.