Guam –  Guam took center stage at one of the largest hotel investment conferences to be held in Asia.

It was the Annual Hotel Investment Conference Asia Pacific (HICAP) in Hong Kong. It ran from October 16th through the 18th, drawing approximately 800 investors from around the globe.

It was a perfect chance to discuss the growing investment opportunities on Guam, and to lay out Governor Eddie Calvo’s goal to increase the number of island hotel rooms. The goal is to add an additional 2,000 rooms by the year 2020.

“If you put a 2,500 radius around Guam you reach over 1 billion people. These are people from the Philippines, Japan, Taiwan, Korea and China. Guam is nestled near two of the world’s largest economies and is on the forefront of expansive economic growth and at the center of promising change,” Calvo stated.

“We certainly raised some eye brows and spawned the interest of many big players in the hotel industry,” said GVB General Manager Karl Pangelinan. “We will continue our dialogue with these companies, with GEDA’s assistance through government investment incentives, program offerings and assistance with commercial or government properties available for development.” 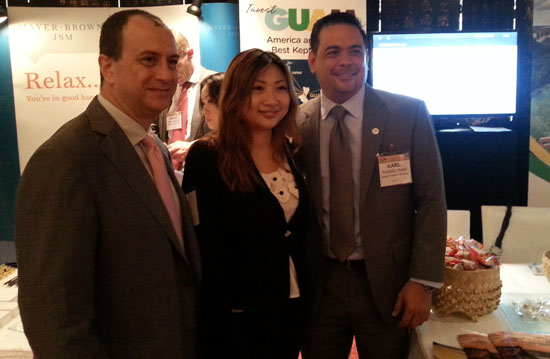 As Guam’s top economic contributor, tourism continues to grow exponentially to 1.3 million international visitors annually. “There is potential right now for Guam to welcome over 100,000 visitors from China and a million over the next decade,” stated Pangelinan. The China market is the fastest growing outbound
market in the world and has been named the world’s top visitor spender overseas. 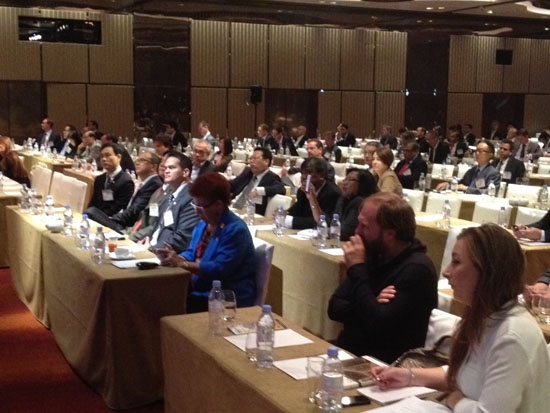