(Saturday, September 14, 2013 – Tokyo, Japan) The Guam Visitors Bureau and its partners hosted a Reception at the Hotel Nikko in Tokyo last night, to commemorate the Golden Anniversary of Tourism on Guam.

The first international visitors to Guam were from Japan and they have become the top visitor source market accounting for over 70 percent of all arrivals.

“This reception is meant to thank all our partners here in Japan for their commitment to Guam over the last 50 years,” GVB General Manager Karl Pangelinan said. “Because of the excellence of so many people, tourism is our top economic industry that has contributed a great many things to the development of our island. We thank them for their dedication to promote Guam as the world-class destination of choice.”

In 1963, the Guam Tourist Commission (GTC) was created under the hospice of the Guam Department of Commerce by then Governor Manuel Guerrero. In 1970, then Governor Carlos Camacho restructured the GTC into the Guam Visitors Bureau, a non-profit, non-stock, public, membership corporation, letting it stand on its own. The GVB was charged with marketing Guam as a safe and satisfying destination for visitors and to maximize the benefits of the industry for the people of Guam. Today, because of these and many early pioneers, Guam welcomes over 1.3 million visitors annually. 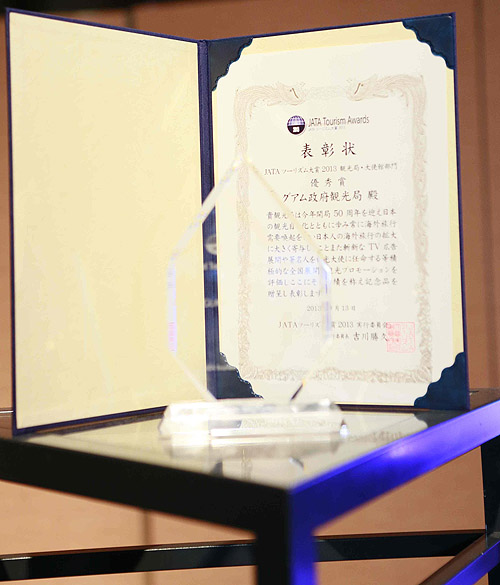 “50 years ago, Guamanians started dreaming,” Governor Eddie Baza Calvo said, addressing some of the most prominent members of Japan’s Travel Industry. “They knew that if our island came together, we could share our paradise with our neighbors in Asia and the world. We could create an industry that would bring about a new era of success and prosperity for our people. The first international visitors to our island came from Japan. 50 years later, Japan and her people is still number one, accounting for over 70 percent of all tourist arrivals. From the bottom of my heart, Si Yu’os Ma’ase and Domo Arigato Gozaimasu.”

The reception featured a video look back of Guam over the last 50 years, showing the development of the island into a world-class visitor destination. Local artists, Jesse and Ruby, played Chamorro music while guests dined on Chamorro food made by Chefs from the Hotel Nikko Guam.

To end the night, guests heard traditional cultural chants while watching their own Japanese people and members of the Guam Chamorro Dance Academy dance Chamorro dances led by Master of Dance, Frank Rabon. 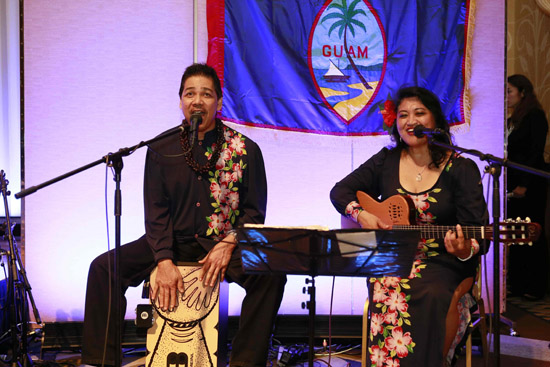