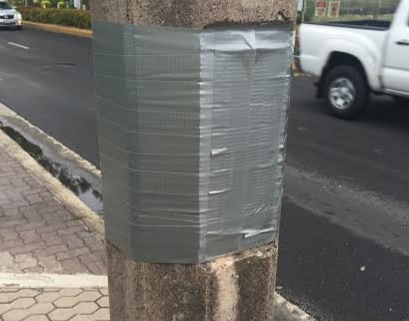 Governor Eddie Calvo says he’s proud of GVB for taking the lead to repair streetlights in Tumon that are almost 20 years old.

Guam – The Guam Visitors Bureau is working on repairing and refurbishing streetlights in the island’s tourism capitol of Tumon.

GVB PIO Josh Tyquiengco explains that GVB completed Phase I of the San Victores Streetlight Improvement Project in April 2015, replacing 129 lighting fixtures with LED lights and 47 base plates. Now, it’s on to Phase II of the project, which is anticipated to go out to bid this month, with work expected to begin next year January. The target completion is estimated to be around May 2016.

He says, “What we found out was during the rainy season, there were pockets of streetlights going out in Tumon and it had a lot to deal with wiring. We did an assessment of it and we’re going to go through the process of repair work done within the next few months and what this will mean for the community is that Tumon will be better lit, which will be safer for tourists and residents that go there on a daily basis.”