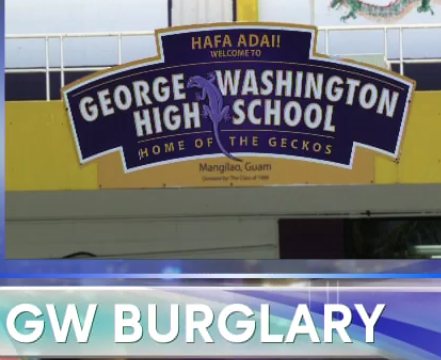 Local authorities are asking the community for help in solving three burglaries that occurred in the central part of the island.

Police Spokesman Sgt Paul Tapao states that two of the burglaries occurred at George Washington High school which was hit twice this week, once on Thursday and again today.

GPD did not provide information about the extent of the damages.

The third burglary being investigated occurred at the Guma Yo Amte Healing Center in Yona.

As you may recall, multiple items were stolen. The building was ransacked and furniture burned. Tapao is asking for anyone with information regarding these three burglary complaints to contact Guam Crime Stoppers at guam.crimestoppersweb.com.

Individuals providing information leading to an arrest and grand jury indictment could receive up to $1,000.