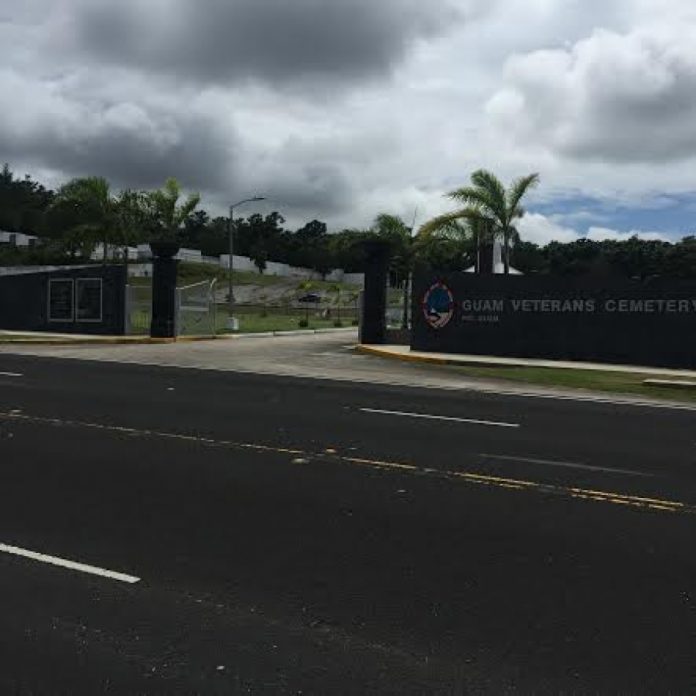 In August, Manglona sought to address the issue, and found seven leaks, including a section of pipe that had burst from high pressure. It had been undetected for an extended time period — exacerbating the problem.

Guam – The Guam Veterans Cemetery had their water cut off early this morning due to an outstanding $184-thousand dollar balance.

According to Guam Waterworks Authority Spokeswoman Heidi Ballendorf, the bill got to that amount because of old leaking water lines at the cemetery, which she says has been an ongoing issue since 2012. Ballendorf explains that those lines need to be replaced and GWA has advised them to do so. She also says that in the past, GWA has tried to terminate services but was prevented from doing so by Navy contractor DZSP21 because the meter was not a GWA meter, but owned by the Navy. Yesterday, Ballendorf confirmed that the Guam Veterans Affairs Office paid $40-thousand dollars, but since they didn’t have a payment plan going forward, a $40-thousand dollar payment wasn’t going to cut it given their track record of non-payment. As of 2 pm, Ballendorf says the Guam VAO paid $80-thousand dollars and water was reconnected to the Veterans cemetery. However, that still leaves the Guam VAO with an outstanding balance of about $60-thousand dollars.
Ballendorf says, “We have trying to work with them and even to the point of sending our crews to identify their massive leaks but it’s been challenging to work with the Veterans Affairs Office. We had to take this measure, we regret it but we still want to work with them to help them with their water leaks and of course receive payment.”
According to a release from the Governor’s Office, the Guam VAO recently completed repairs to seven leaking water pipes at the Veterans Cemetery. VAO Administrator Martin Manglona says he worked with the staff to locate the leaks and were able to make the necessary repairs so that their monthly water bill decreased. Manglona will also be working with GWA to create a payment plan for the remainder of the balance.