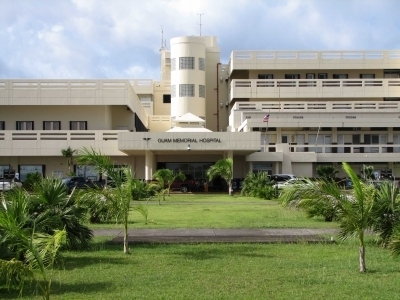 GWA has extended GMH’s deadline to pay at least $500,000 towards their water bill, in large part because of new legislation introduced to give GMH $1.1 million to pay towards utility. GMH CFO Benita Manglona on whether or not the hospital will pay its bill.

“We’re working on an arrangement or whatever whether its more payment we just delivered a payment yesterday, i know that’s not sufficient to pay the outstanding account but we are addressing that,” said Manglona.

Meanwhile CCU Chairman Joey Duenas was on the k57 breakfast show with Ray Gibson where he gives his reasoning for suddenly clamping down on GMH.

“we’ve accommodated GMH many times, we just cant help them anymore, its not up to the CCU, GWA or GPA to solve their financial problems,” said Duenas. “We have to treat the government the same as we treat everyone else.”

According to GWA residential policy, “If after 30 days you have not paid your bill, you are subject to disconnection without further notice.”

GMH has accrued 10 months in arrears and their last payment prior to yesterday was on September 21, 2015 for January 2015 charges. Next up is GPA who according to GPA PIO Art Perez, are looking for $540,000 dollars by January 27 or faces disconnection. According to recent CCU documents, as of December 2015, the authority reported a total of 47,877 active customers which a little over 4,000 delinquent accounts. Of those 4,000 delinquents, .17 percent are over 90 days delinquent. According to GWA residential policy, “If after 30 days you have not paid your bill, you are subject to disconnection without further notice.”