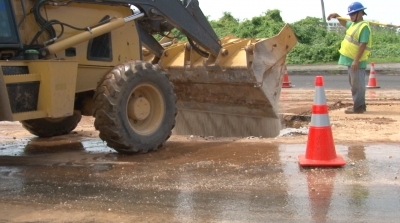 The Guam Waterworks Authority will have their hands full for the new year as they have plans to improve the overall water system including the construction of the 60 million dollar wastewater plant in Agat/Santa Rita.

Guam – GWA plans to spend $26.7 million in improvement projects in the northern villages of Yigo, Dededo, Harmon and Tamuning. Examples include northern water line replacements as well as the installation of water tanks in Yigo and the Tumon area. GWA also anticipates $32.7 million worth of projects across the central villages of Barrigada, Agana, Agana Heights., Mangilao, Sinajana, Piti, Ordot, Chalan Pago and Asan. Some of these projects include installing two water tanks in Barrigada, one tank in Mangilao and one in the Chalan Pago Ordot area. Finally, onto the southern portion of Guam where GWA will spend an estimated $88 million in ongoing capital improvement projects. The most notable projects include a new $60 million Agat-Santa Rita wastewater plant and the construction of another water tank in Ugum.