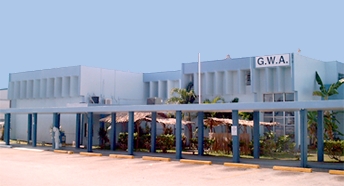 The Public Utilities Commission is worried that the Guam Waterworks Authority is relying too much on outsourcing when it can be hiring more engineers locally or training their engineers so they can perform other jobs.

PUC Legal Counsel Fred Horecky says, “These are strong concerns especially with the training of the local employees. Some of the commissioners have been very steadfast in looking at that. We have noted on a few occasions, that the PUC doesn’t feel it’s proceeding as quickly as it would like, more has to be done, and eventually the goal is to phase out the PMO, to have the skills here locally and that’s still the hope and expectation. I think there’s progress but one may wonder whether enough has been made.”

However, GWA Spokeswoman Heidi Ballendorf says it’s not necessarily about their workers lacking the necessary skills for a project, but it’s about the lack of manpower. She says since GWA hired the nationally recognized project management firm Brown and Caldwell about four years ago, they have already paid out 9 million to the firm, but they owe $3 million, bringing the total expense to about 12 million.
Ballendorf says, “We get training all the time and we’re continuing to do that so there’s internal knowledge that’s being passed but there’s simply not enough engineers. For everything that we build, we always bring outside companies to assist us in that. For us, internally, to build let’s say waterline improvements and upgrades, we hire an outside contractor to help us do that, people that have that skill set and of course our own people are involved, but we can’t do it alone, we do need to help of outside companies to assist us in moving the projects along.”
Documents show that the engineering contractor already completed about 23 projects and there are still about 19 in progress. Ballendorf tells there’s more where that came from. She says there are about 400 million dollars worth of capital improvement projects that will continue to unroll in the coming years.
She says, “To get all these many projects off the ground that we’re required to meet court order deadlines, having an international consulting firm like Brown and Caldwell helps us meet those deadlines.”
Ballendorf says GWA will be reviewing the PUC’s recommendation and try to incorporate that into their plans.
[Photo credit: GWA website]