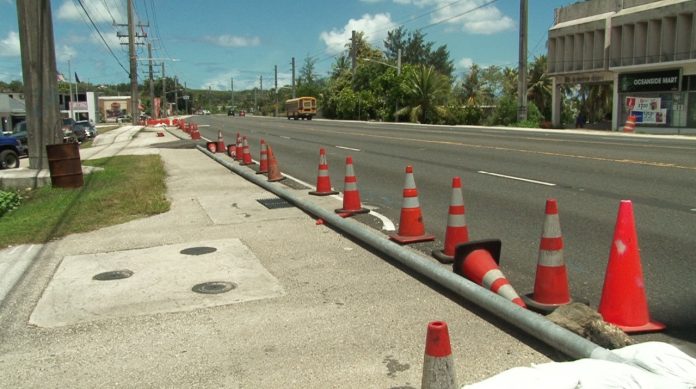 No estimated construction timeframe is available.

Guam – It’s been nearly two months and the make shift sewer line in Asan near the Harley Davidson shop is still not fixed.

Guam Waterworks Authority General Manager Miguel Bordallo tells PNC GWA is still in the design stage and a contractor is yet to be awarded. Back in April, a concerned resident notified PNC of a sewer leak that looked like it was not being maintained properly. Since then GWA has set up a ‘temporary fix,’ until a contractor can be found to permanently fix the line. Bordallo says they have an architect and engineering firm working on the design. Bordallo states that the work is fairly complex and involves replacing old pipes buried 15 to 20 feet down. Additionally, the broken line is located near navy lines, which requires collaboration between the two agencies. Once the design is completed, GWA will bid the project out. No estimated construction timeframe is available.