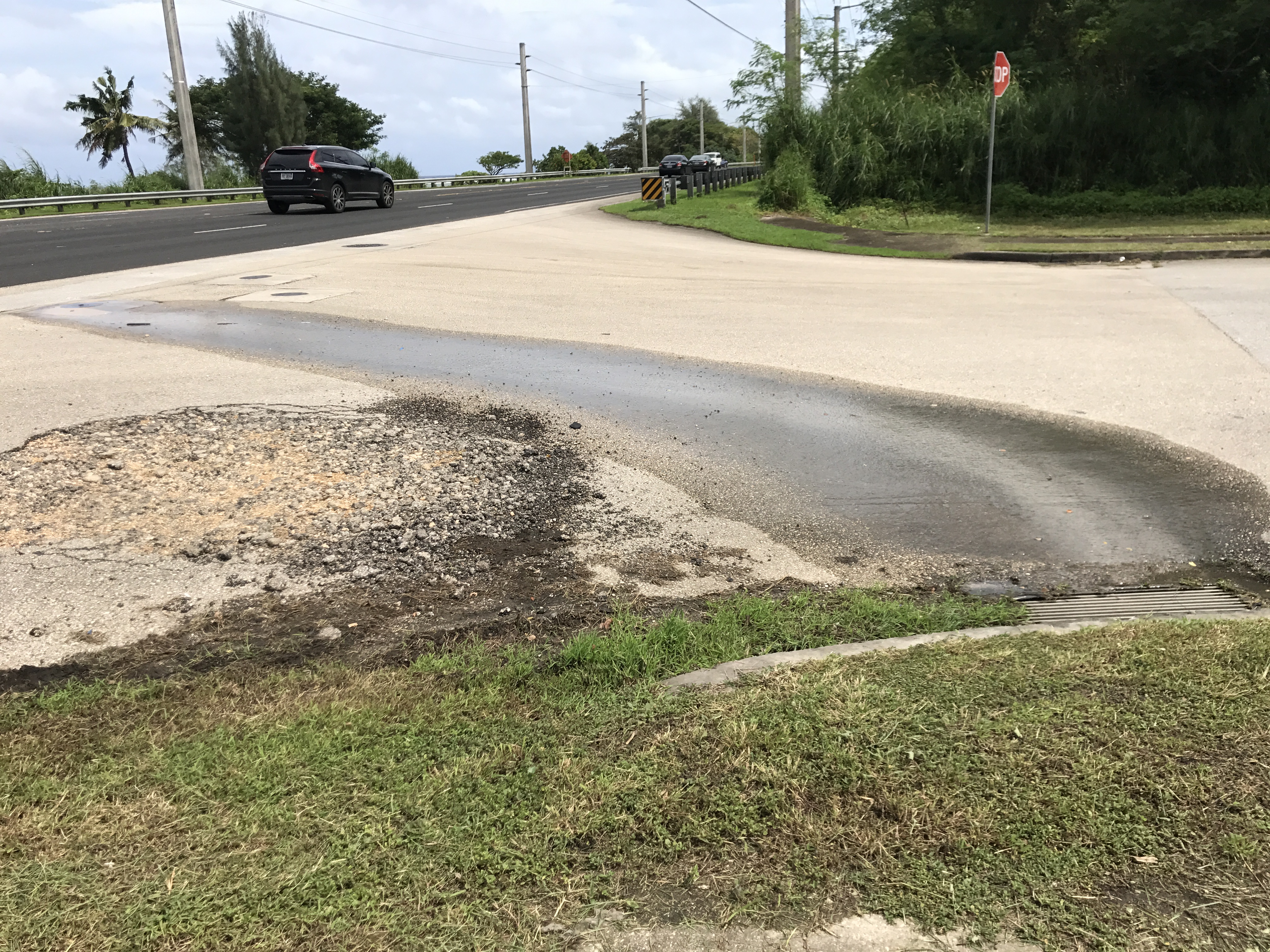 GWA is responding to the leak and began working on it Thursday.

Guam – A manhole in Asan is leaking sewage into a storm drain along Marine Corps drive.

An anonymous caller phoned in a tip that sewage was leaking out on Rt. 1 into a storm drain. A PNC news crew went to Asan Thursday and found that the leak was still occurring right along the corner that leads into the main village of Asan.

PNC contacted Guam Waterworks Authority Public Information Officer Heidi Ballendorf about the leak. Ballendorf tells PNC that GWA just received a report of the leak today and they are working on fixing the problem.