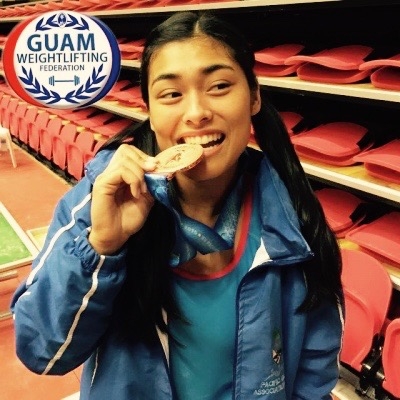 GUAM – The Guam Weightlifting Federation will be hosting the 2015 Micronesia Weightlifting Invitational at “the Jungle”  at the Father Duenas Memorial School on December 12, 2015. Weigh-ins for the women will begin at 7:00AM and lifts will begin promptly at 9:00AM.  The men will weigh in at 11:00AM, with competition starting at 1:00PM.   All participating athletes, men and women, will need to be registered before weigh-ins in order to compete.  There is a $25 entrance fee for competitors.

Competitors will have 3 attempts for each of the 2 Olympic Weightlifting movements, starting with the snatch and then followed by the clean and jerk.  Overall scoring will be based on the Sinclair Coefficient- the international measurement which factors the weight of the lift and the athlete’s weight, to derive a score.  Athletes will also be scored in weight categories in the Junior and Senior Division.  Junior Division athletes are under 18 years of age. Senior Division athletes are 18 or older.  Athletes will also be lifting for their chance to be selected as members of the Guam Weightlifting National Team.

Guam Weightlifting Federation Vice President Jesse Rosario added, “The event is open to the public and we encourage everyone to come down and support the athletes and this growing sport. Admission is just $5 for those 12 and older, and we’ll have concessions.  All the proceeds will go toward the GWF and the development of the sport in Guam.”

In a little over 9 months the Guam Weightlifting Federation, with the support of the Guam National Olympic Committee, has made tremendous strides in promoting the sport of weightlifting by hosting its first competition in over 20 years at the Leo Palace Resort in March of this year, forming a national team, sending 9 athletes to the 2015 Pacific Games in Papua New Guinea. They also hosted the Friday Night Liftoff held at Synergy Studios in Maite in October with 24 athletes competing.  The GWF has also been able to send National Team athletes to Japan and New Caledonia for training camps and have recently been able to send National Team Athlete, Kimberly Taguacta, to represent Guam at the 2015 International Weightlifting World Championships held this past November.