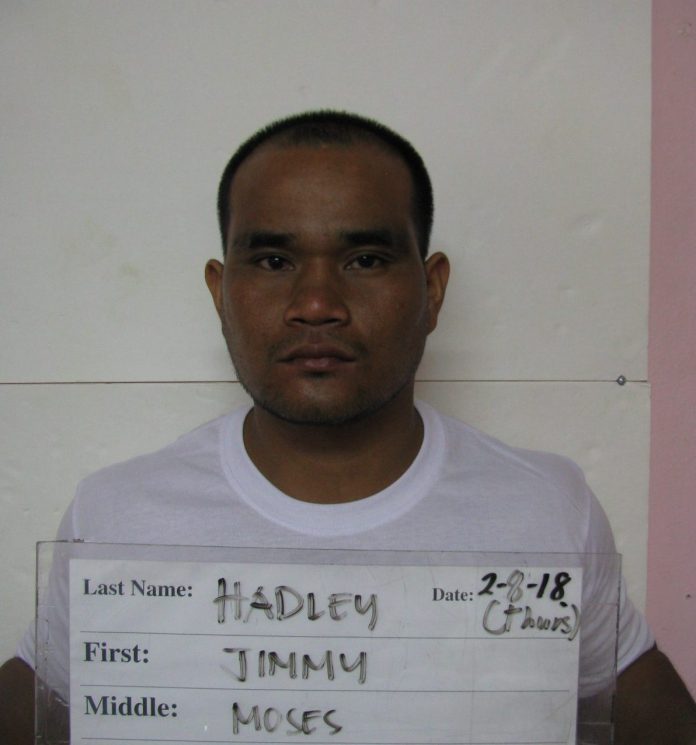 Guam – A familiar face is behind bars tonight, after he was accused of raping and strangling a woman.

Jimmy Moses Hadely was one of the men accused in the brutal beating and death of DOC detainee Manson Ernest. While those charges have been dismissed, it appears Hadely has found his way back to the slammer.

According to court documents, the victim had just finished having sexual relations with her boyfriend when Hadely allegedly entered the bathroom of a residence and pinned down the victim then digitally penetrated her before he forcibly raped her. The victim told police that as Hadely was raping her, the boyfriend did nothing and left the bathroom.

According to the victim, as she tried to scream, Hadely strangled her, further stating that after the rape, Hadely allegedly said to the victim, “you’re pissing me off” and at that time the victim’s boyfriend allegedly re-entered the bathroom and told her to pretend nothing happened.