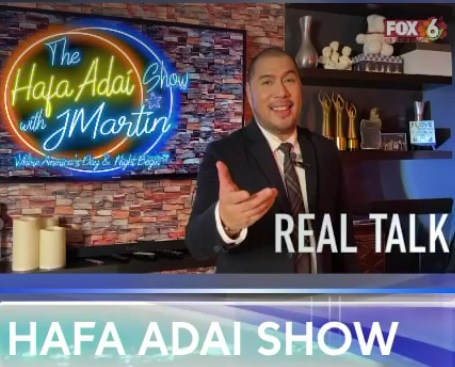 A new show is making its way to your TV lineup tomorrow.

PNC’s Isaiah Aguon has more on a show which virtually connects Guam and the Philippines.

A father, performer, and brand ambassador, JMartin will be bringing his flamboyant personality to FOX6 Guam and ABC 7 Guam and Saipan.

He was inspired to start the Hafa Adai show by his father, Ding Castro, who was also a recording artist, TV host, public servant, and technical assistant to a former President of the Philippines.

The show’s original plan was to travel the world or have his guest fly into Guam. But due to the COVID-19 pandemic, he had no choice but to go virtual.

In an interview with PNC, JMartin mentions the brighter side of the pandemic.

“I am thankful for this unprecedented time we are facing because without this pandemic, I would not be able to concentrate on what I am doing now — which is my passion,” JMartin said.

He added it’s cool because he would not have to quarantine for 14 days.

JMartin will be dissecting the lives of the celebrities and hopes to interview international superstars and dig deep into who they truly are.

During the season premiere, you can expect special guests like Rachel Alejandro, a pop singer, who currently resides in New York who first started her music career in the ’90.

The Hafa Adai Show with JMartin is one of a kind, and produced locally that premieres tomorrow, at 7 pm on FOX6 GUAM. And you can watch the rebroadcast every Sunday night, 6 to 7 pm on ABC 7 Guam and Saipan.