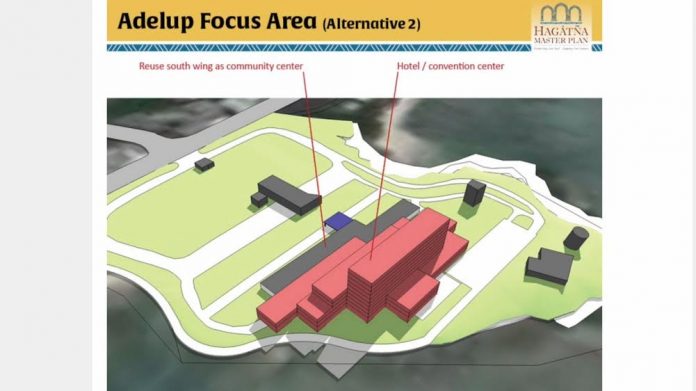 The Hagatna Master Plan lays out several alternatives for developing the island’s capital.

Guam – The Hagatna Restoration and Redevelopment Authority has big plans for the island’s capital.

The Hagatna Restoration and Redevelopment Authority has been working on a master plan for the village of Hagatna. This plan will serve as a sort of blueprint for the future development of Hagatna. The idea is to revitalize Hagatna and make it the thriving capital it once was.

Another area the master plan focuses on is the Paseo. alternative one calls for the expansion of the Chamorro village renovations to the stadium and the Fisherman’s Co-op. It also calls for the construction of a parking structure in front of the Paseo stadium and a pedestrian bridge across marine drive.

Alternative two also calls for Chamorro village expansion a parking structure to be built at the Paseo’s main parking lot, a pedestrian bridge renovations to the Fisherman’s co-op and the construction of a brand new multipurpose sports events complex.

Then there are proposals to create a river-walk area with a new pedestrian bridge amphitheater and city park. There are different proposals for different way-finding signs and street furniture that they plan on placing throughout Hagatna. One proposal is a set that uses a modern looking latte stone for signs, district kiosks and interpretative panels. This set includes proposals for street furniture with benches trash bins bicycle racks tree grates planters bollards and lighting.

The second set or proposal uses a more traditional looking latte stone for signs district kiosks and interpretative panels. It also has with it a different set of street furniture.

The third set uses what they call a simplified latte stone for it’s signs kiosks and interpretative panels. This simplified latte stone is basically a pillar that starts wide at it’s base before narrowing in the middle then widening again at the top. This alternative also has its own set of street furniture.

The fourth set is what they are calling the museum look which is inspired by some of the architecture of the Guam Museum. the signs kiosks and interpretive panels for this set are “Y”-shaped. This alternative also has a whole new set of street furniture to accompany the signs.