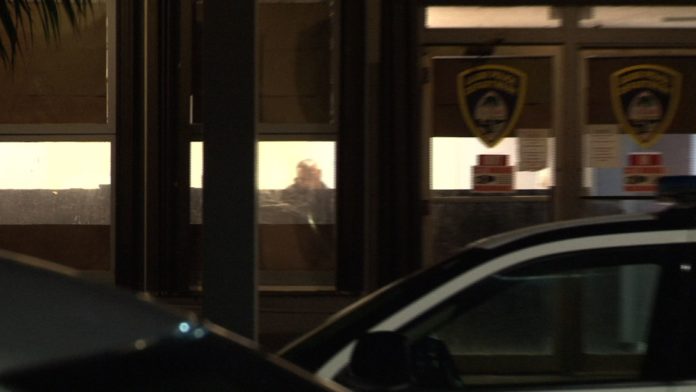 Guam – Have an emergency that requires police assistance in the Hagatna area, well unfortunately, the Hagatna Precinct isn’t the place to go as that precinct has been shut down as a result of the GovGuam financial crisis.

Yesterday GPD announced the closure of an entire precinct and posted a sign on the precinct doors notifying residents to contact to another precinct for assistance. Why close the Hagatna Precinct? Well, the government is in the midst of a financial crisis, and unfortunately one of the firsts agencies to take cuts and make adjustments to relieve some of the financial burden is none other than agencies critical to the public safety of the community, the Guam Police Department. GPD Spokesperson Sgt. Paul Tapao shared on the Andrea Pellacani show why shutting done the precinct was a viable option.

“With the realignment of officers the entire precinct with the entire personnel under the Agana precinct command has been re-aligned so that we can assist the Department of Correction with their personnel shortage and the issues that have been plaguing them with the overtime and we are taking this from the governor’s approach and stand on law enforcement. With that re-alignment we’ve taken out officers that are assigned to the special operations division and they are now covering the gaps so to say that is left behind at the patrol office that has been realigned to the department of corrections.”

But what affect does shutting down an entire precinct have on public safety?

“In the same token we are also being assisted by other law enforcement under the umbrella of the Executive branch so they are committing their law enforcement officers to assist us with our daily patrol operations, explained Tapao.

Tapao states that all operations have ceased with the exception of the Detention Processing section. But despite this the patrol of the central villages will remain the same.

Tapao says, “the Agana precinct is being closed the reason is because we are taking that desk watch officer and we are actually re-infusing him into the patrol aspect so we can have more personnel and coverage.”

Tapao says that the closure of Hagatna precinct allows for two additional officers to be placed on patrol. The closure however means that residents must now go to the Southern Precinct, Dededo Precinct or the Tumon Precinct for assistance until further notice.