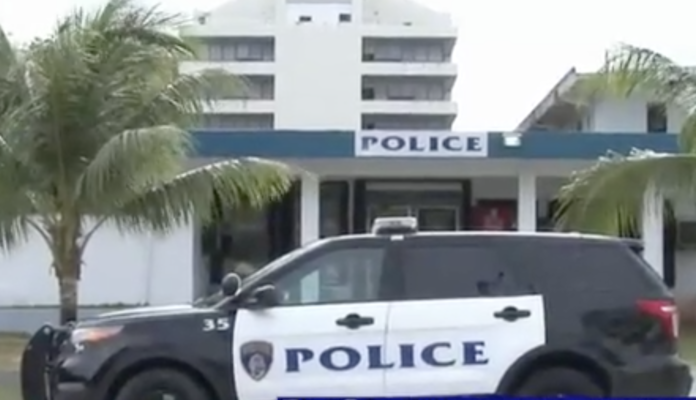 Guam – The Hagatna Precinct has re-opened its doors after nearly three weeks of being shut down due to the government financial crisis.

Late yesterday afternoon the Guam Police Department announced the re-opening of the Hagatna Precinct. As of 6 this morning the precinct is once again operational.

According to GPD Spokesperson Sgt. Paul Tapao, 19 GPD officers temporarily assigned to the Department of Corrections are now back on the streets and staffing the precinct.

Their temporary assignment to the Department of Corrections came after a financial crisis hit the government and public safety agencies took the lead in finding solutions to reduce expenditures such as overtime.

Tapao says, however, that 18 GPD officers will remain at DOC to continue in assisting the prison with personnel shortage.

Chief of Police JI Cruz was on News Talk k57 this morning to talk about the precinct’s reopening.

“It was reopened with 19 of our officers as well as officers from my Special Operations Division to have a sufficient amount of police officers from the Guam Police Department to man all of the Agana precinct’s area of responsibility,” said Cruz.

The addition of the special ops division will allow for GPD to have enough manpower to cover a 12-hour shift operation.