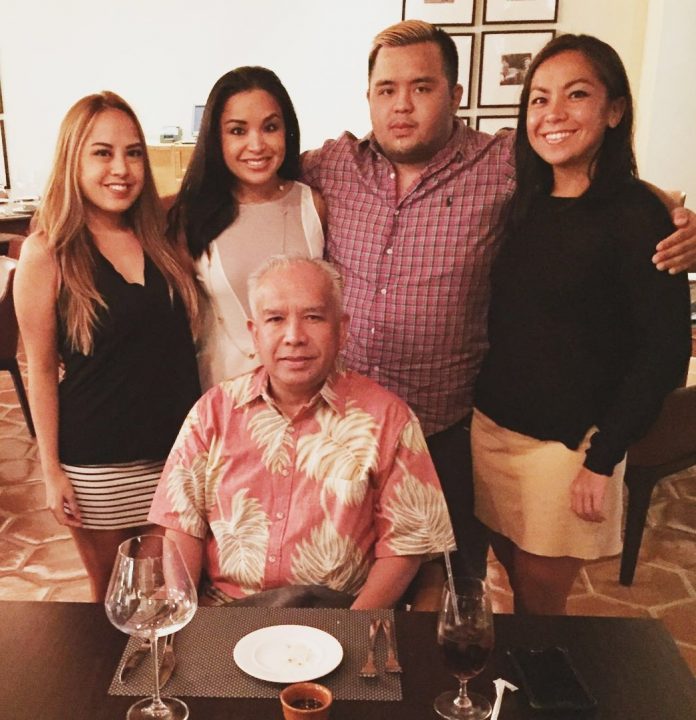 Guam – Department of Administration Director and former Vice Speaker of the Guam Legislature Senator Tony Blaz passed away over the weekend. His children sat down with us today to share memories of their beloved father.

Blaz was a long-time public servant, serving five terms as a senator as well as in leadership positions at various GovGuam agencies. Blaz’s daughters, Kimberly, Maria and Tina shared with us some fond memories of their father.

They described him as a very giving and kind person who was dedicated to the people of Guam through public service. They also talked about what he was like as a father.

“He was just really kind-hearted. No matter what, anybody who did him wrong or anybody who was condescending toward him or anyone who just in any way could be hurtful, he would still tell us be good to that person,” Kimberly recalls.

“My favorite memory of dad is that he called me and us every day. He always called us for lunch or to see how we were and he always told me to go to church and I miss that,” shares Maria.

His youngest daughter, Tina, also shared with us a handwritten letter her father wrote to her, reading one line that she says best describes her father’s loving wisdom.

“‘When the road becomes hard to travel and it feels as if you’ll never reach the end, look deep inside your heart and you will find strength you never knew you had,'” Tina reads, holding back tears. “‘Tina, my baby, believe in yourself and remember that I believe in you too.'”

Rosaries are being said nightly at the Dulce Nombre de Maria Cathedral-Basilica at 5:30 pm, followed by mass at 6 pm. Blaz’s funeral is scheduled for next Tuesday.

He leaves behind four children, Kimberly, Maria, Joaquin and Kristina. He was 57 years old.