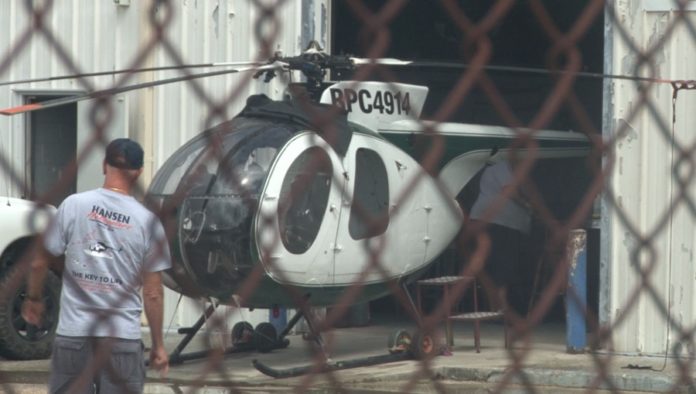 Guam – The District Court of Guam has unsealed a case that has a direct connection to the Hansen Helicopter seizure case, now shedding light on what may have led federal agents to seize over a dozen of their helicopters.

The recently unsealed case was filed against Federal Aviation Administration Safety Inspector Timothy Cislo who signed a plea deal admitting to taking a bribe in exchange for signing off on certificates of airworthiness without actually doing the necessary inspections.

According to court papers, Cislo accepted a helicopter worth $20,000. Federal prosecutors say Cislo “kept this aircraft, for his private use, in exchange for his corrupt services to Hansen, and in doing so deprived the United States and its citizens, to whom he owed a fiduciary duty, of his honest services.”

Documents show $22,500 was wired to an account in May 2014 and then in February 2015, Cislo reportedly sent an email to Hansen saying, “I’m looking at May or June to have a sign-fest” concerning the restricted aerial survey certificates.

Up until the unsealing of Cislo’s case, the Hansen Helicopter case was largely kept under wraps. Although a case had been built against Hansen, details, like what kind of charges they faced, had been kept closed off from the public.