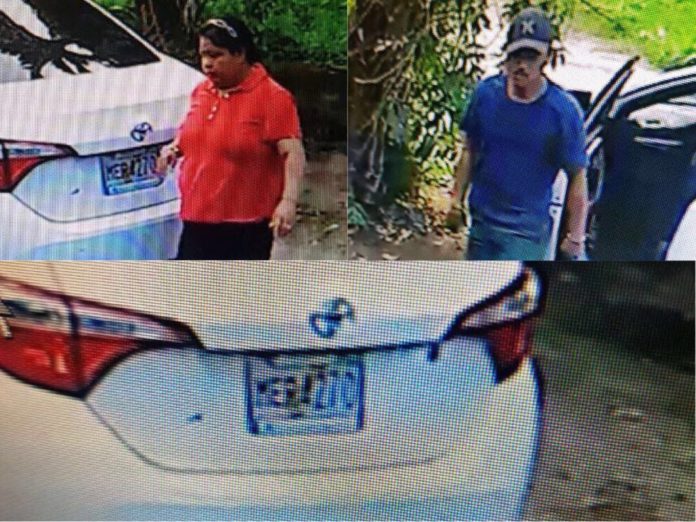 The license plate affixed to the getaway vehicle is fraudulent, police say.

Guam – Guam Police are asking for the public’s help to identify a suspect who is believed to have been involved in a home invasion case in Dededo.

GPD Spokesman Officer AJ Balajadia says on Sunday, a homeowner reported hearing sounds from the first floor of his home. When he looked out the window from the second floor of his residence, he observed a white sedan that was parked outside his residence. Inside the vehicle, according to police, was a woman.

When the resident went downstairs, he saw a man inside one of the bedrooms rummaging through his items.

The man is described as possibly local, in his mid-20s, with short straight hair and dark complexion. The suspect stood between 5 feet 4 inches to 5 feet 5 inches in height with a slim build and wearing a brown t-shirt.

Both the man and woman then fled the residence.

According to Balajadia, the license plate seen in surveillance footage of the white sedan is fraudulent and registered to a different vehicle.