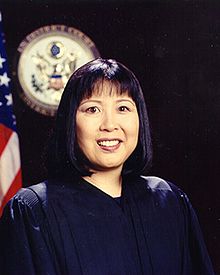 Guam – A federal judge out of Hawaii will be presiding over the Chamorro Land Trust discrimination suit.

Guam’s Chief District Court Judge Frances Tydingco-Gatewood recused herself from the case in an order issued yesterday, however she did not cite her reasons for recusal.  Appointed to preside over the discrimination suit is Senior Judge out of the District of Hawaii Susan Oki Molloway.

The lawsuit was filed by the U.S. Attorney General against the Chamorro Land Trust Commission over alleged discrimination of non-Chamorros for the land for landless program, which doles out 99-year residential leases to native inhabitants of Guam.

The federal government says the program’s eligibility requirements violate the Fair Housing Act which prohibits discrimination based on race.  However, GovGuam argues that the term “native Chamorro” is not race-based and was actually a term designated by Congress.

A bench trial is scheduled for March 2019.