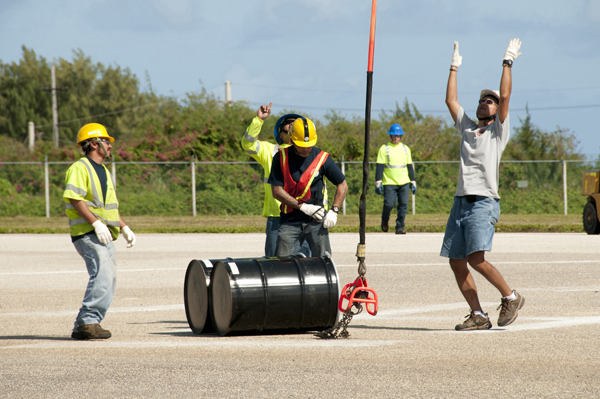 The Navy-led unified command consisting of representatives from the base, U.S. Coast Guard Sector Guam, Guam Environmental Protection Agency (EPA) and the responsible party have worked together daily to secure the site and coordinate removal of the hazardous waste since the vessel ran aground Feb. 13.

Capt. Casey White, U.S. Coast Guard Sector Guam commanding officer, said the focus of the unified command was to remove hazardous materials from the vessel and protect the environment.

“The next phase is looking at salvage, how we can get this vessel safely removed without doing additional damage to the reef and the surrounding areas and get it off as quickly as we can,” she said. “The ongoing third phase would be how can we restore the area to what it was prior. It’s a phased approach and everyone continues to work towards those efforts.”

A contracted helicopter transported the fuel-filled drums from the beach below Spanish Steps to the Orote Point helicopter pad. The drums were then loaded onto a truck for proper disposal.

Joint Region Marianas Regional Environmental Coordinator Mark Cruz said the disposal operation focused on the safe and speedy removal of the materials due to the potential hazard they pose to the environment.

“The Navy has been doing everything it can to expedite the operation,” he said. “We’ve allowed access to the installation. We made sure the right people were there on scene as needed. Contractors and resource agencies were able to go down and assess the site and basically move forward with the operation unimpeded.”

The Navy consulted and worked with Guam EPA, U.S. Fish and Wildlife Service and NOAA to ensure all environmental regulations and concerns were addressed. 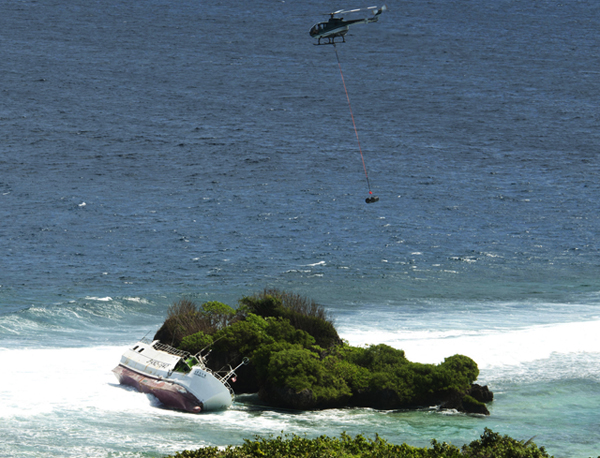