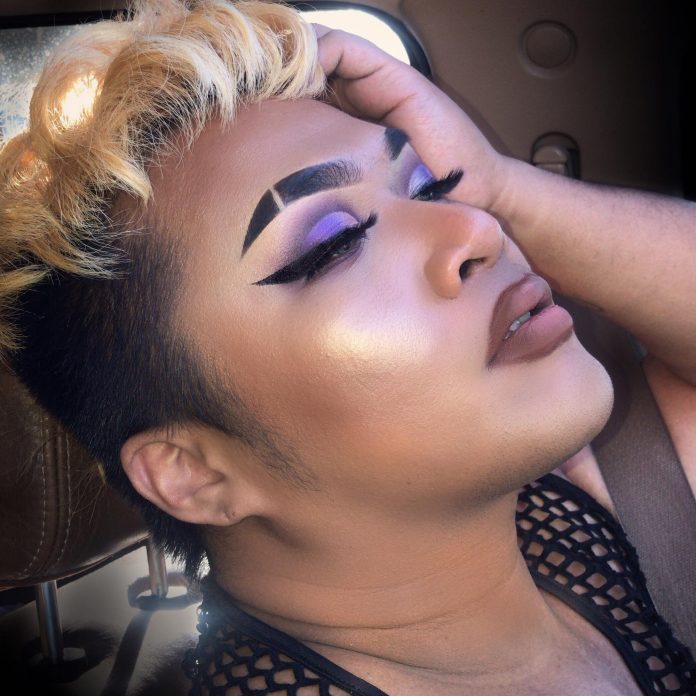 Guam – Follow your dreams, no matter what anyone else thinks. That’s the motto one former Guam resident and Chuukese makeup artist is following to live out his dreams in the U.S. mainland.

Meiwor Nathan, also known as Nate Glamz is living his dream, but life wasn’t always easy as he shares he had the odds stacked up against him.

“I feel like as I was growing up, I realized that our island leaders don’t care about us. Like once we migrate from Chuuk, there is nothing. Like we don’t see anything from our island leaders, we don’t hear from them. They are mostly focused on people in Chuuk,” notes Nathan, a hairstylist and makeup artist now based in Salt Lake City, Utah. Nathan was born in Chuuk but was raised in Guam.

“I have only been in the United States for three years now. But throughout my whole childhood I was raised in Guam. I went to school in Guam so yeah I really came from humble beginnings. My mom, of course, was a single mother, which is why I feel like my story is really inspiring because there are a lot of Chuukese kids out there that think they have nothing and they can never be anything because of the way life is for a regular Chuukese family,” explains Nathan.

He shares that growing up on Guam was somewhat difficult. He was bullied for being gay and was not accepted by the Chuukese community because of his sexual orientation.

“It’s shameful to be a person like me. It was shameful to be homosexual. It was unacceptable to be a person who is gay. It’s just not something that’s normal and in Chuuk, if you knew homosexuals in Chuuk, today a lot of them usually stay with other people, sometimes not even family members and they stay with them and they are used as workers, housekeepers, people who clean around the house, people who take care of children. And that’s just how it is because they don’t have a sense of respect. Nobody respects homosexuals in the Chuukese community,” shares Nathan.

That did not stop Nathan from reaching for the stars because his number one supporter, his mom, always encouraged him to be the person he is even though that meant letting him go to follow his dreams–a path that took him from Guam to being homeless and living on the streets in Hawaii, taking a chance in moving to Arkansas, going to beauty school and now he is doing makeup wonders in Utah and has even collaborated with a renowned makeup designer on a new line of eye shadow.

“Like right now I have my very own eye shadow palette in collaboration with Allyson Rubin Cosmetics, who is owned by Allyson Rubin who does makeup on the Real Housewives of New Jersey,” says Nathan.

He shares that if the sales from this first collaboration is successful, the focus of the next collaboration will be on foundations and highlighting.

Some words of encouragement from Nathan: if he can live his dreams, so can you.

“I was basically homeless and I just never gave up. I got me a job even though I was living on the streets and showering in public places. I made sure I got a job and I worked my butt off,” he says. “I came so far. I came a long way. I have never given up and that’s the reason I’m here today and I am the person I am and if I can do it anybody can do it.”