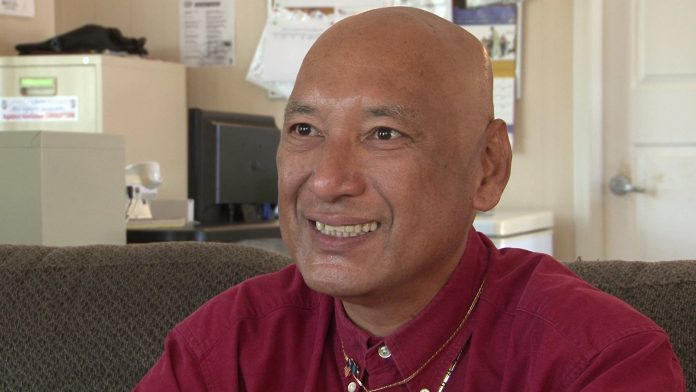 Roman Kono now has a family of his own with a wife and son.

Guam – Guma Mami is now celebrating its 35th anniversary on Guam and we sat down with one of their success stories, Roman Kono. Kono was diagnosed with an intellectual disability, but with the help of Guma Mami is now a mentor for others who were once in his shoes.

“They diagnosed me with illness of paranoid schizophrenia,” says Kono.

Roman Kono had a pretty normal life, but it all turned around when he was graduating from high school in 1977. He was diagnosed with a mental illness but it took him more than 20 years to adjust to the changes.

“The most is the stigma about being mentally ill. I couldn’t go into public without being so nervous and thinking people are talking about me and pointing fingers,” he explains.

Then in 1998, Kono attended an outreach at the Guam Behavioral Health and Wellness Center.

“I attended their conferences and community outreaches and they seemed to know a lot about helping, giving help and connecting people with disabilities to services that can help,” Kono says. “They referred me to is the Sagan Mami program center. It’s for people who are close to being homeless who have a disability, learning or physical disability.”

About two years later, Kono was hired by Guma Mami to become one of their mentors.

“I work here for Guma Mami as an independent live-in mentor. I give peer-to-peer support and people with disabilities. I’m also disabled, so I know how they feel and I can relate to their everyday problems,” he says.

And now, some 16 years later, Kono is married with a son. He says it was through the support of his family and Guma Mami that he was able to get through the most difficult times in his life.

Guma Mami provides assistance to individuals with developmental disabilities and is a community-based housing support program. Guma Mami has helped over 400 individuals over the last 35 years.